Preston North End and Hull City meet for the 60th time in competitive fixtures when the line-up at Deepdale for Tuesday night’s Carabao Cup second round tie.

26 August 2019
The Lilywhites lead the head-to-head with 26 wins to 18 for the Tigers, but the visitors to PR1 won the only other game in the league cup, played at Boothferry Park in January 1976, the home side running out 4-2 winners.
The first meeting between the sides came way back on Boxing Day 1912, when a solitary home goal was enough to give North End two festive points against their east coast visitors.
Since then a very familiar scoreline has been the aforementioned 4-2 that Hull managed in the league cup, in fact North End have triumphed by that amount on three occasions at Deepdale, in 1927, 1950 and again in 1966.
Our feature game today though came 13 years ago, in a match that had David Nugent starting in attack for PNE and future North Enders John Welsh and Ian Ashbee in midfield for the visitors.
Whilst Nuge was in attack, it was his strike-partner Danny Dichio who proved the hero, as Paul Simpson’s side ran out 2-1 winners.

Dichio in fact scored twice as PNE won their fifth straight home game to continue an excellent start to the season, with this October clash in front of 13,728. 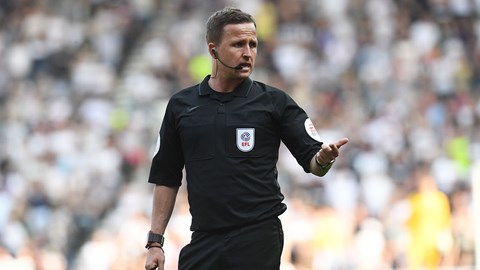 26 August 2019
The former QPR frontman latched on to a scuffed shot from Simon Whaley to put the Lilywhites in front after just 49 seconds.
The striker then headed home a Whaley cross after 37 minutes, only for future Deepdale skipper Welsh to score at the second attempt for City after Carlo Nash's initial save.
Hull played a full part in the match, with Danny Mills forcing a save and both Nicky Forster and Stuart Elliott going close for the bottom side, but Simpon’s side held on for the win.
And after the game the North End boss was full of praise for his rangy attacker: “He is on a roll. He is getting goals for us, but the other side to Danny Dichio has been a real plus for us.

“Four or five times he got his head on things and cleared his lines for us. That is what he was doing for us before but not scoring the goals. We've got a hell of a player on our hands if he is going to be winning headers in our box and scoring at the other end.”
Meanwhile Tigers boss Phil Parkinson added: “I can only go away with positives and I thought our second-half performance was tremendous.
“At half-time, 2-0 down to a very good side, people around the country might be thinking it would be interesting to see how we respond and it could have gone one of two ways.
“We went out and played with conviction and belief and almost got ourselves back in the game. If we're going to succeed or fail, I want to do it with conviction and belief.”