It is 131 years since the two sides first met at Deepdale, in the opening Football League season and that finished 7-0 to the home side.

19 August 2019
In fact, the Potters’ first two trips to PR1 are pretty unforgettable to them, losing the second one, in September 1889 10-0, their biggest two defeats here, although there have been plenty of goals down the years.
This will be the 104th clash between the two sides since the first game and the 97th in league games, with PNE leading the head to head 46 wins to City’s 35.
Last season the two teams played out a thrilling 2-2 draw, again in front of the Sky Sports cameras, with a Paul Gallagher penalty and Graham Burke giving them a half-time lead, Erik Pieters scoring in between these two goals in a hectic five minute spell before the break, but Peter Crouch headed what proved to be the final goal just after the hour mark, two minutes after coming on.
There have been some real thrillers at Deepdale in the last two decades, one coming in January 2007, when a late goal gave the Lilywhites all three points in an entertaining clash, where we were the better side of the five goals scored.

It was centre half Kelvin Wilson who proved the dramatic 89th minute hero, as North End recovered from 2-0 down.

The Nottingham-born defender had a poor start - failing to clear Michael Duberry's long ball, allowing Liam Lawrence to score. And indecision saw Mamady Sidibe head goalwards and then bundle the ball home after Carlo Nash failed to hold it with seven minutes gone.
However, Paul McKenna scored from 25 yards and then David Nugent converted Simon Whaley's cross, before Wilson struck with a minute to go after Potters keeper Steve Simonsen fumbled a cross.
After the game PNE manager Paul Simpson said: “We had an absolutely appalling start to the game. There was a total lack of communication at the back, a total lack of desire to be ugly and to keep a clean sheet and we gave ourselves a mountain to climb. 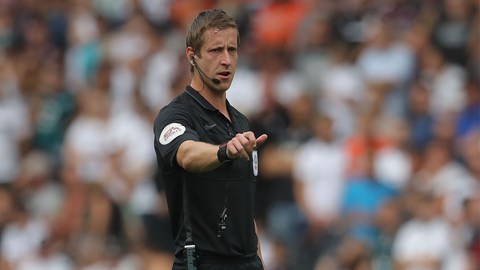 19 August 2019
“But from that point on we put them under a hell of a lot of pressure by playing our football and it's a really, really big three points. We showed real determination to get back into it and showed our desire and passion to win the game. All good sides have that passion and hopefully we can go on and prove we are a good side.”
City manager Tony Pulis added: “We are desperately disappointed. We had a good chat at half-time and I thought we would take it on again, but half-time killed our momentum.
“Preston got hold of the ball and the first and third goals were really poor. That gave them the advantage and once they got one back we weren't able to keep hold of the ball. Our front two had been such a handful in the first half but were anonymous in the second and then to cap it all the third goal was poor goalkeeping by Steve Simonsen.”
There has actually only been one goalless draw between the sides at Deepdale, back in 1898, so let’s hope for another entertaining clash, with North End coming out on top once again this Wednesday evening.