Our Boxing Day match official has not taken charge of a North End game since 1st February, when the game with Derby County ended goalless at Deepdale.

23 December 2019
Lancashire referee Darren Bond takes charge of his first North End game of the season when the Lilywhites face Leeds United at Elland Road, although it is his third Leeds game of the season, having officiated their 1-0 home defeat to Swansea City and their 1-0 away win at Reading.
Last season, the Derby game was his second PNE game of the 2018/19 campaign, his first being the home clash with Reading back in mid-September.

The previous year Darren took charge of three PNE games. He was the match official in the club’s home draw against Millwall in September, our 2-1 win at Bristol City back in November 2017 and the 2-0 victory over Sunderland up at the Stadium of Light in March. 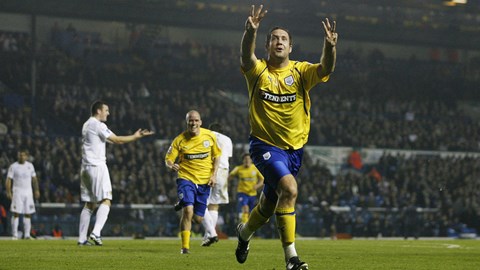 We've Met Before: Leeds United Away

23 December 2019
This will be his 17th game of this season, having issued 58 yellow cards and one red in the 16 games so far refereed, his last being West Brom’s 1-1 home draw with Brentford on the Saturday before Christmas.
Although he had done numerous friendlies and other games involving Preston North End, the 2016/17 season was the first time the experienced official took charge of competitive fixtures involving the club, as he refereed the two home 1-1 draws with Burton Albion and Nottingham Forest.
The referee will be assisted by Andrew Fox and Nick Greenhalgh, with experienced referee Carl Boyeson as the fourth official.