12 December 2019
Gavin, from Surrey, is in his 13th season on the EFL lists, and although he has officiated the Lilywhites on eight previous occasions, although this is only his third at Deepdale, but his second in a couple of months.
His last was the 5-1 home thrashing of Daniel Stendel’s Barnsley, the now Hearts boss’ last game in charge of the Tykes.
As mentioned, in his 12 seasons on the lists, the referee has also taken charge of North End on eight previous occasions, including our late draw at Hull City in October 2018, our early season trip to Carrow Road to face Norwich City and our home clash with Sheffield United in April.

Prior to our trip to Norfolk early last season, the last game he officiated was at Elland Road against Leeds United in December 2015, Mathew Hudson that day making his debut for the Lilywhites. 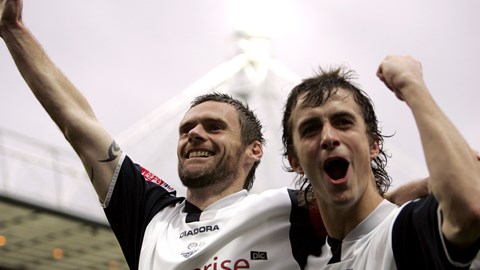 12 December 2019
His other games in charge of PNE were at Brentford and in 2010 at Leicester City, and his first two in the space of a few months back in early 2010, at Bristol City and a 1-1 draw with Coventry City at the Ricoh Arena.
This will be his 14th game of the season, having so far issued 42 yellow cards and three red cards in his seven previous games, including two other Luton games, their 2-1 win at Blackburn Rovers and their 2-1 home defeat to Nottingham Forest.
On Saturday afternoon Richard Wild and Matthew McGrath will be the match official’s assistants, whilst the fourth official will be Anthony Backhouse.