Paul Huntington was pleased to make his return to the North End defence for West Bromwich Albion’s visit to Deepdale but admitted the last-minute penalty converted by the visitors proved a tough blow to take after a battling performance from Alex Neil’s side.

Charlie Austin scored from the spot in the final minute of normal time to hand the Baggies a 1-0 victory at Deepdale, ending the Lilywhites’ unbeaten run on home turf in the Championship this term. 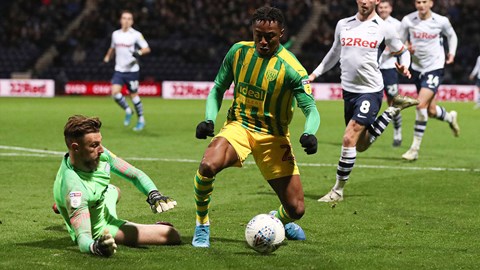 The penalty proved a contentious one and when speaking to iFollow PNE after the game, Huntington gave his views on the decision.

“I’ve spoke to a few people and the lads and a lot of the staff have watched it back, and it’s obviously not a penalty, but it’s the type of the thing that you get when you’re up at the top of the league,” said the 32-year-old.

“It wasn’t pretty at times, a lot of their lads were walking off saying, ‘How have we won that? We’ve not really had a chance.’ The save off DJ [Daniel Johnson] was a great save off Sam and in the first half Sean Maguire had a real good chance.

“It wasn’t pretty at times and we went direct to Jayden [Stockley], but I thought for how much was in the game, I thought they had a good spell before half-time of the ball, they were getting it wide, but we defended the box quite well and felt quite comfortable – it had 0-0 written all over it really.”

North End’s No.23 was included in the starting XI in a Championship game for the first time since January and although the defender conceded filling in for others was not the ideal return he had in mind, but he was pleased to get back in the action nonetheless.

“It’s not the circumstances that I wanted to come in. Ben [Davies] and Patrick [Bauer] have done really well this season and I’m not one to throw the toys out of the pram; I’m very much a team player and I like to be honest with myself and I’ve just got my head down, worked hard and the circumstances weren’t great, but it’s kind of needs must really.

“At least we can take heart from the performance, we put pride back in the shirt from the last result but it’s still quite hard to take.

“I was pleased to play but at the minute, it doesn’t feel like much because we’ve put a lot of effort in and somehow come away with nothing. 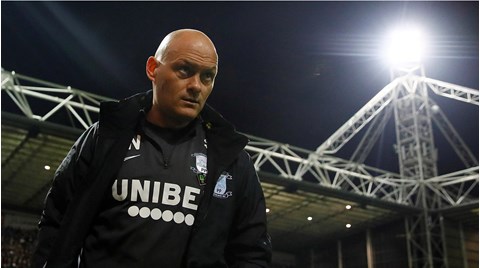 “That’s maybe what you get when you’re up at the top of the league and probably most people watching, just from the messages I’ve had obviously watching on TV, have said that we deserved at least a point there and the decision is probably, in our view, one of the poorest this season.

“We’ll be in tomorrow for recovery and hopefully to get a couple of bodies back for the weekend.”

Hunts also thanked the North End faithful for their support after receiving a great reception from the Deepdale crowd when the teams emerged for kick-off.

“I was really happy, obviously they [the fans] got right behind me, and the team. I know it wasn’t the greatest of games but I’m really grateful and thankful for their support, as I have for the seven-and-a-half years that I’ve been here.

“It’s been tough at times, especially going from being a big part of the team to then not, [it] has been mentally [tough] as much as physically, keeping myself right on days off, but you can’t always recreate the match first team scenario.

“The bounce games are good to get 90 minutes but they’re maybe every two or three weeks. I just wanted to do my part tonight and I felt as though we deserved more.”