Alex Neil was delighted his Preston North End side got back to winning ways against Fulham on Tuesday evening. 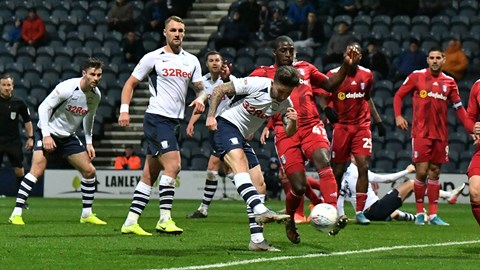 PNE entered the game on the back of four consecutive defeats but they showed no signs of a side low on confidence as they came out 2-1 winners.

Speaking to iFollow PNE after the game, Alex said: “We started the season so well it was difficult to accept for myself because I hate losing games and I hate feeling as though I’m letting anybody down. It meant a lot to me, it meant a lot to the players to win the match.

“The last four games have been tough for everybody; we’ve been disappointed we’ve not played as well as we can.

“I think I’ve found it difficult to get the balance right with some of the players being missing so I thought the lads were great, I thought they worked their socks off.

“We won the game deservedly so and we had some great chances towards the end to put the game to bed and it always makes it a bit nervy when you don’t take that extra chance.”

Sean Maguire opened the scoring for the Lilywhites on 23 minutes before David Nugent scored his first PNE goal for 12 years early into the second half.

The North End forward was involved in a lot of the play and the Deepdale crowd got their chance to recognise the striker’s performance, giving him a standing ovation as he was taken off on 75 minutes.

Speaking about Nugent, the manager added: “I thought Nuge was excellent, I’m delighted with his goal. 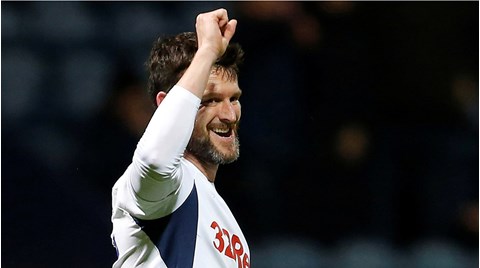 “He showed real aggression to get up above the centre back and force it across the line.

“His game all round was very good. He competed in the air, kept it alive and took the ball in well for us. He was a platform for us to build and then break so it was just a good solid performance.”

The three points now puts PNE back into the top six ahead of tomorrow night’s second helping of Championship fixtures.

Alex Neil’s men have another quick turnaround, too, as they host Luton Town at Deepdale on Saturday afternoon.

“We’re sitting sixth in the league and our aim this season was to try get into that top six if we can and then see what happens from there so I think we’re right on track at the moment.

“We’ve had a wee blip; we’ve not done so well. Hopefully we’ve got a few players coming back shortly and that will help us and hopefully we can go into Saturday with a bit of confidence, try and win that one and then again try and move up the league.”