Preston North End midfielder Paul Gallagher has finished 2019 by being named in the club’s team of the decade.

30 December 2019
And the No.12 spoke to iFollow PNE after the confirmation of the team and admitted it was very special to be chosen by the club’s supporters in that way.
“I appreciate [the recognition] very much,” said Gally. “This football club means a lot to me; I have been here a number of years now and I would like to think I have been successful here. I have a great relationship with the staff, the fans and the players and it is a great moment for me and my family.
“There are some really good players and characters that I have been fortunate enough to play with, here, and at other clubs. I am sure there are a number of players disappointed not to be in the final XI, but the fans see what they see on the pitch and it is a nice achievement to have.
“If you look at the team, it is a really strong team and filled with players who have come in and done really well for the club. Some of the players included have got the fans on the edge of their seats and the lads up front scored a lot of goals.

“There are probably a few who have missed out who are unfortunate, but you can only have 11 players and the fans can probably now see the problem the manager has on a Saturday! There have been a number of top-quality players over the decade and I am sure the fans have enjoyed watching them.”

30 December 2019
With a new decade about to begin, Paul is hoping it starts in a positive fashion: “It was disappointing to lose the last game of 2019, but as a whole I think it was a positive year,” he continued.
“A lot of good things happened and it was just disappointing not to finish it in the right manner with a positive result.
“What we can’t do is look back at that. We have to look forward and we have another game on Wednesday and it would be nice to start the new year with a positive result.

“It is going to be difficult - Middlesbrough had a great result away at West Brom [on Sunday], but we want to get back to winning ways and get Deepdale going again.” 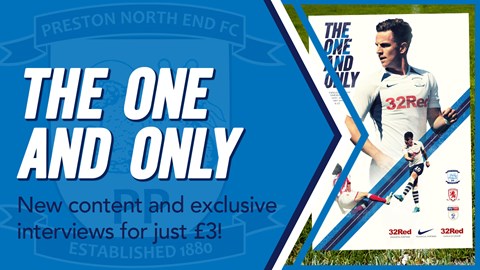 30 December 2019
A win would more than likely put the side back in the top six and Gallagher says that despite the team setting themselves high aspirations, that would be a good place to begin 2020.
“If anyone had told us that going into the January transfer window that we would be in the Play-Offs positions, we would have taken that, but as players and as a football club you get hungry for more, especially when we started really well.
“We were top of the league at one stage and were up there in second and third and so we have been greedier, but if you take a step back and think that we could go into the window inside the Play-Off positions, it would be an excellent start,” he added.