Preston North End captain Tom Clarke has made a timely return to the squad, with a shortage of right backs for this weekend’s trip to Wales.

19 December 2019
The Lilywhites’ skipper is hopeful of being involved against Cardiff City on Saturday - four months to the day after he suffered a long-term injury which has kept him out of action for most of the season.
The PNE No.5 has been part of Alex Neil’s last three squads and he returned to the pitch in the win over Fulham at Deepdale.
Speaking to iFollow PNE, the Halifax-born man explained why he had to take precautions when returning, so he didn’t aggravate the injury.
“It was a case of coming back still in pain and still hurting. Obviously, that came back to bite me in the end. So, this time we said to ourselves that we would take a little bit longer to make sure that it would recover better. Fingers crossed it has done that and I can put [the injury] behind me,” Clarke said.

“It’s been frustrating really. It was nice to be back involved in the squad for the last couple of games. It’s been nice to be out there. Hopefully, on Saturday I can be there or thereabouts. We’ll work on the team this week and see what happens.” 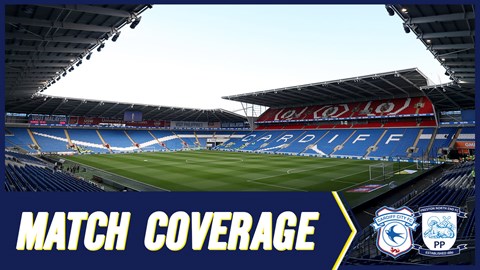 19 December 2019
The captain could be returning at the perfect time, as it was his last-minute winner in our last match against Cardiff City that gave us all three points on our last trip to face the Bluebirds in the Welsh capital.
He’s actually scored more goals against Cardiff than any other team in his career, and even though manager Neil Harris is now in the dugout, Clarke says that North End are fully prepared for their opponents.
“We had a great result. It was a tough game but the way it finished was brilliant,” Clarke continued, reminiscing about his winning goal in December 2017.
“Neil Warnock was their manager at the time and we knew what we were going to be coming up against.

“Neil Harris now [has Cardiff City] in a similar mould to how his Millwall players used to play. It will be no different. We know it will be a difficult game. They’re in a decent run of form. 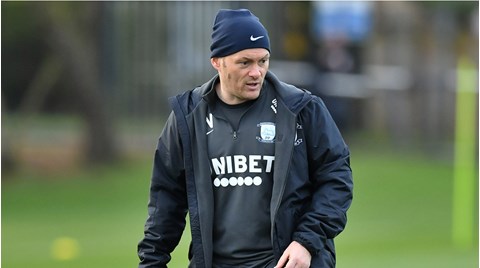 19 December 2019
“But we’re looking to carry on our form and we’ll go into it with confidence.
“We know the Christmas period is a very busy period. A lot of games come thick and fast so things can change. But we’re looking to get two good results to carry on this form that we’ve been in and see where that takes us.”
It will be an early start for our travelling fans, who will be setting off in the early hours of the morning to make it in time for Saturday’s lunchtime kick-off.
“It just shows great support,” added the man who will celebrate his 32nd birthday on the day of the game. “With how well the team is doing at the minute, we’ll be looking to pay that back to the fans. It’s a long way and it’s a lot of money, so we’ll be looking to put on a performance for them.
“It is a long way. With the fans travelling such a long distance, we’ll be looking to get the result for them.”