Preston North End travel to face Cardiff City on their own patch for the 47th time in their history at the weekend.

19 December 2019
In the overall head-to-head, the Lilywhites lead with 36 wins to the Bluebirds’ 34 in the 92 previous games played, all in the league – we have never met before in a cup competition.
Our last visit to the Cardiff City Stadium – also live on Sky Sports at Christmas time – came on 29th December 2017, when Tom Clarke scored the only goal of the game late on – our first win at the Cardiff City Stadium… more of that shortly.
That was our first win in nine attempts in the Welsh capital, having had to wait since November 2004 since their previous win, also 1-0, with another central defender – Youl Mawene – grabbing the winner on a Friday night.

Our biggest margin of victory of previous trips to Ninian Park were by four goals, the most recent being just after the turn of the Millennium, our first game of 2000, when full backs Rob Edwards and Graham Alexander were amongst the scorers in a 4-0 win, which mirrored the scoreline of Boxing Day 1954. 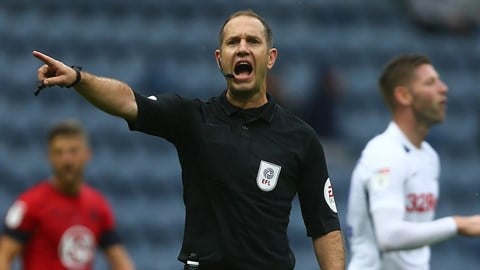 19 December 2019
However, it is not our biggest number of goals, having won 5-2 at Cardiff’s previous home, in August 1954.
Our first trip to that part of South Wales was in February 1922, when we lost 3-0 and we had to wait until our eighth trip there before we finally picked up all the points, when we won 2-0 in December 1950.
As previously mentioned, however, our last win came on our last visit, when the skipper proved the hero…
The win prevented Cardiff City from moving back into the Championship top two as they were beaten for the third successive game at home by North End.
Clarke fired home the winner in stoppage time to deservedly extend the visitors' unbeaten run to nine and move the Lilywhites within a point of the Play-Off positions.
The Bluebirds were well short of their best and had never lost three successive games in Neil Warnock's tenure as manager before this game, but he endured a miserable night where he presided over his 1,400th game as a manager.

The decisive moment of the match came in the last minute of normal time, with Clarke heading home from three yards after Neil Etheridge saved a point-blank effort from a corner.

The visitors were the better side in the first period. The hosts looked a pale imitation of the side that until recently had been sweeping all before them in the Championship.
In a half without a shot on target, PNE's best opportunity came when Nathaniel Mendez-Laing came within a few inches of conceding a penalty after a foul right on the edge of the area, before the visitors saw another claim waved away after Lee Peltier looked to have handled the ball.
Jordan Hugill also hooked over, with Lee Tomlin and Joe Ralls missing half chances for the hosts, who were missing the injured Aron Gunnarsson and could only include talisman Junior Hoilett among their substitutes.
Tomlin angled a header towards goal shortly after the break, with Chris Maxwell finally saving the first effort on target in the match, but the second half continued like the first, with scarce incident and lots of long balls.
North End, who were ninth in the table before kick-off, looked more than comfortable, but seemed to have squandered their best chance with 15 minutes remaining when Etheridge palmed away Tom Barkhuizen's low effort with Bruno Ecuele Manga tackling Hugill and preventing what would have been a tap-in.
However, Clarke had the final say as Cardiff's miserable festive period continued, despite sub Rhys Healey forcing Maxwell to save at the death.
PNE manager Alex Neil said post-match: "It wasn't a game for the football purist, it was a rough, scrappy match, but if there was any football being played, it was coming from us. I thought if anyone was going to win it, we deserved to."
Then Cardiff City manager Neil Warnock added: "I can't fault the effort, they are trying their hardest, but I was disappointed with the result. We lacked a little bit of quality in certain areas. We are lacking in midfield but we only have two fit.
"It was a sloppy goal, I thought our goalkeeper should have had it really, but these are things that happen when things are going against you. I think it is up to me now to lift the lads."