Preston North End will entertain the Hatters for the 22nd time this weekend, looking to extend their winning run against Luton Town at Deepdale.

12 December 2019
Overall it will be the 43rd league clash between the sides, since we first met back in 1949, with PNE leading the head-to-head with 22 wins to Town’s 11.
Luton won on their first trip to PR1 in January 1950, with a 1-0 triumph, but that is one of only two successes they have had in those 21 previous visits here, the other being in January 1972.
The Lilywhites have won the last seven games, including their biggest every victory in January 2006, when Tyrone Mears scored at both ends and Claude Davies danced in front of the Alan Kelly Town End after scoring the last in a 5-1 success – David Nugent also on target that day.
Luton Town also have a special place in Preston North End history, having been the final opponents at Deepdale for Sir Tom Finney, in April 1960, when the team were 2-0 victors in their penultimate season in the top flight to date.
Their last visit here also saw another important Luton Town connection on the scoresheet for North End as Graham Alexander – a £50,000 buy from the Hatters – helped PNE to a 3-0 win, as the visiting goalkeeper, Marlon Beresford was sent off for the second successive game in a calendar year at Deepdale.

That November afternoon, Alexander scored a second-half penalty to set PNE on their way to victory over the ten-man visitors. 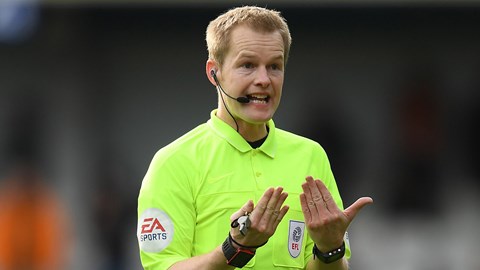 12 December 2019
Adam Boyd missed early on for Town, with only Carlo Nash to beat and North End’s David Nugent hit the post, but after the break Beresford was sent-off for tripping Nugent and Alexander converted.
Substitute keeper Dean Brill saved superbly from Simon Whaley to keep the score down, but could not stop close-range efforts from Patrick Agyemang and Brett Ormerod as the Lilywhites were rampant.
Then PNE manager Paul Simpson said post-match: “We've shown we can play flowing football, but it's not always going to be like that and against Luton we had to roll our sleeves up.
“Perhaps the fans thought it was a case of us just turning up and putting the shirts on today. But we had to battle and we have shown we can do that.”
Luton manager Mike Newell was not happy with the red card adding: “It's a stupid rule made by stupid people. Of course, the keeper's the last man. If a keeper cannot be allowed to go down at the striker's feet and make an honest challenge something is wrong.
“There's people pontificating on a Sunday morning and scrutinising every decision and it's not right.”