It will be the 29th league meeting between Preston North End and Reading at Deepdale this Sunday, with the Lilywhites looking to record their 23rd win in the overall head-to-head.

27 December 2019
That would see them go just one behind the Royals in terms of league victories between the sides, since they first met in the old second division in November 1926 – North End running out 3-1 winners.
It took the Royals until their tenth visit, in 1984, before they were able to record a win in PR1, succeeding 2-0 that season in the old division three.
They have managed four more wins since then in the other 18 league encounters, including a 3-2 success for the team then managed by Paul Clement near the start of last season.
The Lilywhites’ biggest home league win over Reading actually came in just their third visit, a 7-0 success in August 1928, but one of the best wins in recent years came in March 2017, when Tom Barkhuizen announced himself to the Deepdale faithful.
That afternoon, the recently acquired forward scored twice to help PNE keep alive their Championship Play-Off hopes by beating their Berkshire visitors 3-0.
The No.29 gave the hosts the lead when he curled in from the edge of the box after good work by Daryl Horgan. Horgan then doubled the advantage, slotting in at the second attempt after his first shot had been saved.

Barkhuizen volleyed in the hosts' third after the break from Horgan's free-kick, as North End moved within six points of the Play-Off places. 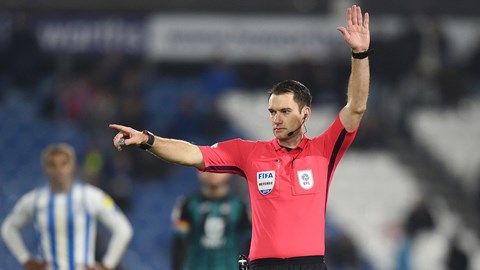 27 December 2019
The Royals had a penalty appeal turned down early on when John Swift went down in the box, and they were denied the opening goal when Chris Maxwell produced a fine save to keep out Garath McCleary's long-range effort.
The Lilywhites controlled the game from then on, with Barkhuizen having scored four goals in three starts for Simon Grayson's side since arriving from Morecambe in January.
PNE had now won four straight league games at Deepdale, while Reading had lost three successive away games for the first time under manager Jaap Stam.
After the game, then North End boss Simon Grayson said: “I'm obviously delighted when you beat somebody who are in the Play-Off positions 3-0, keep a clean sheet, with very good individual performances and could have had a lot more goals if we'd taken our chances.
“It's enhanced our opportunity of trying to catch the teams above us. We've always said over the last few weeks, we'll just see where it takes us. We've got nine games to go, I think if we win the next nine then we might have a chance, but we've got some tough games from now until the end of the season.”
Reading boss Jaap Stam added: "Everybody knows where we are, if you want to stay there, you need to defend and play in a certain way with a certain aggression and it's not only now towards the end of the season, it's the whole season because this is a tough league.
“It's very difficult to stay in the top six. All the teams, they want to stay up there, they want to do well, we do as well. I'm not interested in other teams, I'm focusing on our team, what we need to do and what we need to improve.
“If we keep on winning then we still can end up there and we need to be aware of that as well.”