Eleven-year-old Alfie arranged a charity walk from Blackpool to Preston earlier this year to raise money for his cousin’s ‘Team William’ fund, raising more than £2,000, and he has since helped out at plenty of other charity events for William. 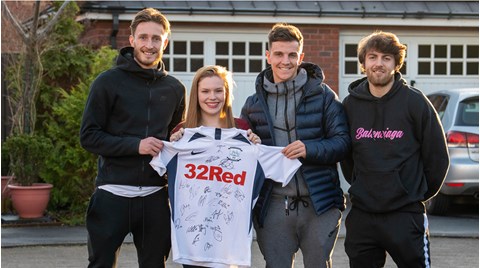 After being nominated for a Whites Christmas surprise by his auntie, Lora Harwood, three Preston North End players joined Alfie at the front of the school hall in his assembly, before taking to the classroom for an exclusive question and answer session for the young Lilywhites supporter and his family, as a reward for all of his efforts.

In addition, the PNE first team squad have collectively donated £300 to the cause.

When asked why she nominated Alfie, Lora said: “I think what he’s done is pretty impressive. I had seen behind the scenes what he went through doing the walk and supporting him along the way when he was fundraising.

“He really went all out to do everything he could for William and there’s not many kids of Alfie’s age that would do that.

“That in itself is impressive, but in general, that’s what he’s like with everything and everybody – he’s like that all time. He’s naturally a kind lad – one of a kind.

“Kids life Alfie that do these things, if they get a bit of recognition for it – like Alfie’s friends, all of them who were in the assembly – there’s more chance of other kids doing something similar or trying to do a bit of good.

“You hear so much about lads of Alfie’s age, it’s always negative or they’ve done something they shouldn’t have done, but now and again there are kids that are genuinely good kids that make a difference, and Alfie has.”

North End midfielder Gallagher also spoke of Alfie’s achievements and stressed the importance of the club showing its appreciation for outstanding individuals in the local community. 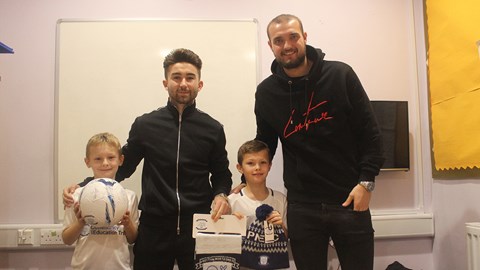 “It’s a great achievement for somebody so young to take that responsibility to organise fundraisers and raise as much as he has,” Gallagher added.

“He’s a great credit to his family and himself. Preston North End wanted to donate a cheque to Alfie and his family as well and the achievement he’s done is fantastic.

“It’s family club that we represent and when you see things like this being done, it’s about coming out and showing your appreciation.

“It’s a two-way thing, always. Alfie and his family come and support us on the pitch, so whatever we can do off the pitch to support them and help them, we do that.

“Preston North End is a family club and if we can help in the community in any way, shape or form, we’re happy to do that.”

You can donate towards Alfie's fundraising efforts for 'Team William' below!