Ben Davies sensed a big performance being in the offing leading up to the visit of Norwich City to Deepdale and it proved a well-placed belief as the Lilywhites earned a convincing 3-1 win over the Canaries. 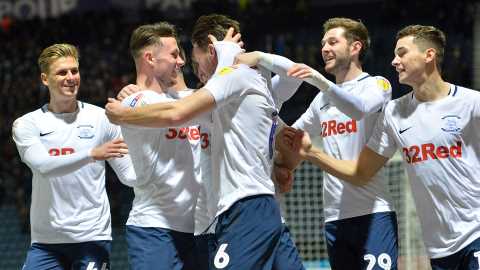 Daniel Farke's side were at the summit of the Championship prior to kick-off but Davies’ second-minute header put them on the backfoot immediately, with Paul Gallagher’s penalty midway through the half – and Declan Rudd’s save to deny Marco Stiepermann from the spot soon after at the other end – putting the Lilywhites well in control at the interval.

Alex Neil's men fulfilled their defensive duties after the break to seal the three points, Sean Maguire and Teemu Pukki scoring at either end of the field, with Davies stressing that the Lilywhites are capable of producing that level of performance against any opponent.

“I think it was one of those nights where you could sense a good performance coming,” the 23-year-old told iFollow PNE in the aftermath of the emphatic victory.

“I feel like everyone was up for it, we know they’re a good team so we knew we had to be on our game and we know we can raise our game like that against the top sides and I think we scored at good times.

“We saw it out, we obviously wanted the clean sheet but three points against the top of the league side at home, at Deepdale on a night game, is really a good night’s work.

“It was a bit end-to-end, we were hitting them on the break and it was an enjoyable game to play in in that sense, it must have been quite an enjoyable first half and I feel like we performed well, especially in that first half. In the second half, they had a lot more of the ball so it was important to defend our box well.

“They were going to have a spell and they had quite a long spell in the end to be fair to them, they came on quite strong and we just needed to try and see it out and get our head on things and block things and I thought we did it quite well.”

Gallagher and Rudd were heavily involved in the key moments of the first half, North End’s captain on the night setting up the opener and dispatching from the spot for the second, while Rudd pulled off a fine penalty save, Davies heaping praise on his experienced team-mates.

“Gally’s been putting it on a sixpence all season and I said to him that I need to start getting my head on them because the delivery is too good to not score. I managed to attack that well and I was delighted to see it go in.

“He’s been top, top drawer, to be fair to Dec. He’s pulled out crucial saves when we’ve needed him and I think he’s been a massive part of our turnaround in form because you need your goalkeeper to pull off these saves and obviously pulling off a penalty save, it’s brilliant for him and I was delighted for him when he made the save.”

And the defender is now looking for a similarly productive afternoon next time out, with Nottingham Forest the weekend’s visitors to PR1, Davies forthright in his belief that PNE can produce such a display against any side in the division.

“It’s good, it’s been a good evening, we know we’ve got a quick turnaround and we’ve got another game coming up Saturday so we can’t get too carried away. But we’re playing well at the minute and we feel like we can take on any team.

“We’ve got another home fixture coming up which will be tough again and a quick turnaround, but when we’re playing as well as we are at the minute, then I think we can take on anyone and get good results."