Preston North End manager Alex Neil felt his side’s first half performance against Millwall was one of the best of the season so far. 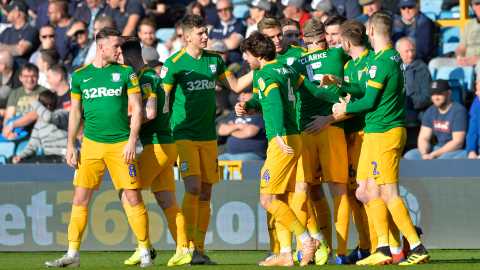 23 February 2019
The Lilywhites’ 3-1 win over the Lions saw his side take a 3-0 half-time lead, with goals from Andrew Hughes, returning skipper Tom Clarke and Sean Maguire.
And speaking to iFollow PNE after the game, he was delighted with the quality shown as they made it four consecutive away wins with the triumph at The Den.
“I thought the first half was arguably as good as we have played,” said the gaffer. “We took Millwall apart and in truth we could have scored more than three.
“The second half was always going to be tough. They made a couple of changes, went more direct and I would just like us to have shown that little bit more composure on the ball at times.

“But we also had some opportunities second half to have scored more goals. It was really, really pleasing. We have been in great form recently.” 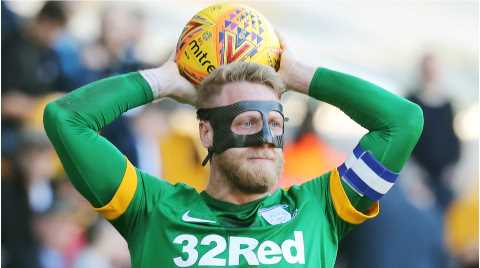 23 February 2019
Alex was also pleased for the travelling North End support, with over a 1,000 having made the trip to south east London for the game.
“Across the board I thought we had fantastic performances and in the first half I was thinking that compared to the performances we have had of late, that was right up there and I imagine the way fans will have enjoyed themselves and will have a good night tonight,” he continued.
“It is really pleasing for them. I thought they were vocal throughout. When [Millwall] scored their goal we needed a bit of rallying and the fans got behind us and so I am delighted.”
Paul Gallagher provided two assists and put over the free kick that also led to the opening goal and the manager was pleased with both his and Sean Maguire’s impact on the game.
“What Gally does is that he has the best trait you can have as a player, he affects games. That’s what he does regularly, with the quality of his delivery and the quality of his passing.
“His pass for Sean for his goal was sensational.
“The most pleasing thing for me, in the first half, was that Seani was playing on the half turn, he was running beyond them and he is at his very best when he is running in behind, getting in the box and down the side and I thought we saw all of that today and I was really pleased,” he added.