One of Preston North End’s five January transfer window recruits, Brad Potts, has certainly made an impact since his arrival from Barnsley.

6 February 2019
The midfielder has scored twice – in consecutive away wins – and has started all four of the games he has been eligible for since his permanent transfer from the Tykes.
And heading into his third away game, the local derby against Bolton Wanderers this Saturday afternoon, he admits he has been pleased with how he has settled in and to have had an impact on the team.
“I am pleased with how it has gone so far,” he told iFollow PNE. “We have won two games and drawn two and the performances have been good from the lads and we were unlucky not to get the win against Derby on Friday and we will look to carry on this form into Saturday and try to make sure we get another three points.

“It is good to have got off the mark with a couple of goals. I was brought here to try and score goals and create, so to get a goal so early, I was really happy with that.

7 February 2019
“We have been playing at a high level as well. All the lads have been in good form since I have been here and confidence is high; we just need to try and keep that and keep this run going.
“The quality I have seen has been very good; it is obviously a step up from League One – it is going to be – but I am really enjoying it and am happy to be testing myself against better players.”
One of the things mentioned when the No.44 signed, was how much manager Alex Neil wanted to work with and improve his new recruit and Brad has enjoyed what he has learnt so far and is looking to continue making progress: “The manager has been great with me since I have come in,” he continued.
“He has worked with me in training, trying to improve my game with little bits, step by step; I have really enjoyed working with him so far and look forward to continuing to do so.”
His first taste of a derby with the Lilywhites will be in front of the sell-out away crowd of over 4,500 at the University of Bolton Stadium this weekend and he admits that the big following is a massive motivating factor for the squad.

“Every game is a big game, but with it being a local derby, it gives it that extra bit to it and everybody is looking forward to it. We are on a decent run and we want to carry that on. 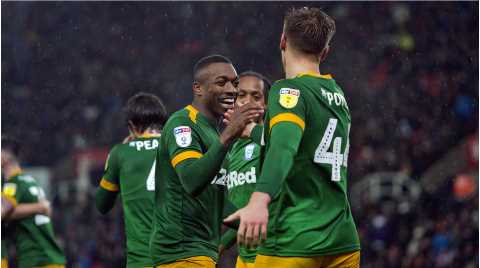 6 February 2019
“With four and half thousand travelling fans you want to make them proud and give them a performance that travelling back home they are happy with, with three more points.
“They were great away at Stoke and I am sure that with more than double the amount we had down there going to Bolton, that they will make a lot of noise and hopefully we will respond to that with a good performance for them,” he added.