Bristol City assistant head coach Dean Holden says that the Robins will be ready to go to ‘battle’ with the Lilywhites at the weekend.

Speaking at his side’s pre-match press conference, Lee Johnson’s No.2 spoke about the game and said that Ben Pearson’s absence - through suspension – could have an affect on the game.

“But looking at them, they have been on a good run, but in that midfield they probably have a good bit of cover. It’s one part of the squad they have real quality and in terms of numbers as well.

“He's a big miss for them, but it doesn't concern us, he isn't going to be involved at the weekend and whoever is included, we will have to go to battle with.”

City had been on one of the best winning runs in Europe prior to the last couple of games and will still be in fine form as they head to Deepdale and Holden feels it is a good chance to bounce back.

“We have a fantastic game and we'll be looking to bounce back quickly against a good Preston team on Saturday,” he continued.

“We're thinking about firing on all cylinders against them. It is our job as a staff to free the players up, give them that energy and make them believe that anything in possible and I truly think that the players are capable of so much. 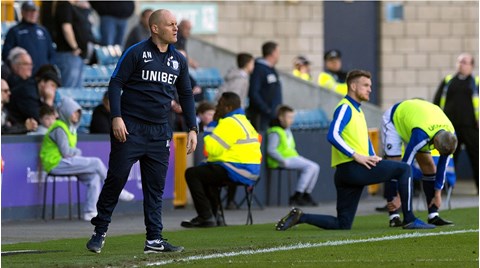 Alex Neil Runs His Eye Over Next Test

“We have so much belief in this squad of players, as a staff, we are lucky with injuries this year. We have a really good squad depth, which will allow us to rotate tactically if need be and the players have to be ready for a challenge every Saturday-Tuesday.

“It is a great position to be in, we embrace the challenge.

“We've lost a couple of games against a top Norwich team, who had a good 20-minute spell and blew us away - and then [against Birmingham City on Tuesday] we weren't at the races. We are not think9ng any more than that.

“We have a good squad of players. Nobody works harder than us as players or staff and that's what we'll be focusing on.”