Alex Neil is looking for his Preston North End side to continue building momentum after the Lilywhites made it five matches unbeaten with the 2-1 away win against Bolton Wanderers.

Alan Browne scored for a third successive away game with Tom Barkhuizen looking to have finished the game off eight minutes from time, but Clayton Donaldson’s 90th-minute strike snatched away the clean sheet from the Lilywhites, who had an otherwise comfortable afternoon. 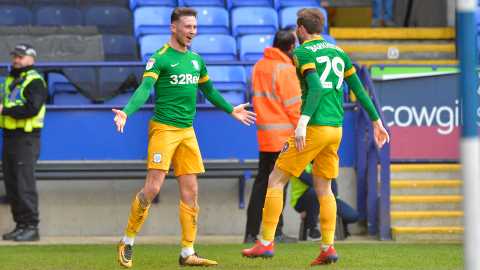 The gaffer was pleased with his team’s display and felt that merited a more commanding margin of victory.

“If you’re a Preston fan, you’re coming to watch the lads pass the ball, dominate the game, create a lot of chances and play with real passion about trying to win this game, I thought it had the lot,” the gaffer told iFollow PNE in the aftermath of the derby day triumph.

“Like I said to the players, the only disappointment is the fact that we didn’t make it easier on ourselves. The game realistically, in my opinion based on our opportunities, should have been about 4-0 or 4-1 with them getting the goal at the end.

“We need to try and control it a bit better. It’s one of them ones where I’ve been here [watching previous Bolton games], I’ve watched the West Brom and Reading games and Reading, to be fair, were in control, 1-0 up cruising and then Bolton had a late rally and they get their goal and it’s a 1-1 each. And you can feel it coming, you can the feel the fact that if you don’t get that goal, at some stage they’re going to have their part in the game.

“All you can ever do is ask the lads to try as best they can, play as well as they can, have a game plan about how we can break them down and you need to patient, Bolton are a resilient team.”

Tom Barkhuizen came back into the starting line-up to face the Trotters, having been among the substitutes for the last four matches, and Alex was delighted with the impact of both the 25-year-old and the remaining members of his line-up.

“Tommy B’s [Tom Barkhuizen] is a glorious chance really, isn’t it?,” he added, speaking of the chance he converted late on to double PNE’s lead. “He hasn’t been playing and it was a big call from me to put him back in; Jayden’s [Stockley] been doing well for us. I just felt pace at the top end of the pitch was going to be the order of the day and it ended up that way.

“Tom’s very productive; he made the first goal, scored the second and probably should have had another one at least but in terms of performance, all over the pitch, I thought we were excellent.

“I could go through all the players because I didn’t think anybody let us down today, so that’s always a great position as a manager to be in.” 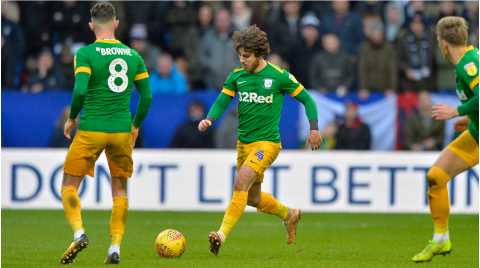 Declan Rudd made a crucial stoppage time save to deny Josh Magennis and preserve the points for North End, the gaffer highlighting the importance of that save as he looked for his team to continue in the same vein with a Deepdale double header against Norwich City and then Nottingham Forest upcoming in the next week.

“That’s probably frustrating for us, because for all our good work and all our good play, to not come away with the three points would have been criminal. Declan was there, he did what was required of him when he was called upon, which he’s done on numerous occasions recently so we’re hoping that continues.

“We just want to try and continue this momentum, we want to make sure we try and play as well as we can and I think if we continue to do that, there’s no reason why we cant have positive results coming up.”