Nottingham Forest manager Martin O’Neill is expecting a difficult game when he brings his side to Deepdale to face the Lilywhites on Saturday.

14 February 2019
The Reds boss sent assistant Roy Keane to watch PNE’s midweek win over then league leaders Norwich City, who reported positively on the way the game went for the home side in PR1.
Speaking to iFollow Forest, the former Republic of Ireland boss said: “Preston were very strong. Roy [Keane] went up to the game and he said they were very good and played well on the night against Norwich who are going strongly themselves.
“It will be a tough old game and that win will have boosted their confidence.
“If we had the three points away from home against West Brom, it would have been the first back-to-back games since September and that would have been a big confidence booster.
“We just have to try and win the game if we can. Some results you might think went okay for us in midweek, but everything will be defined by what we do ourselves.

“We will try and win the game; it will not be easy and it will be a tough game for us."

14 February 2019
Since his arrival back at the City Ground, having had fantastic success there as a player, Martin has overseen a change in style and he believes his squad are adapting nicely to their new formation and plans.
“You do need some sort of discipline and organisation and I think the players are working very hard,” he continued.
“That's not to say that they haven't done all season as they have accumulated a number of points in this league and you don't get that by just hanging around. 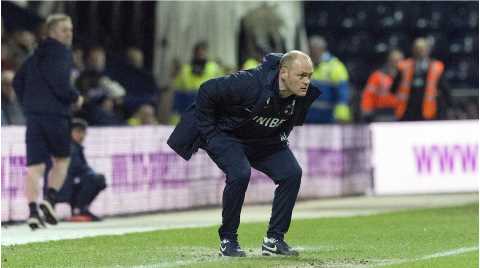 14 February 2019
“We have been trying to implement some things and I would say that players taking things in early on, trying to please a new manager and having to adjust to different instructions takes a bit of time to get used to.
“But, essentially, it is a game of football and you should have an idea that when you lose the ball, you get back into a bit of shape and try and win it back as quickly as possible.
“If you have possession of the ball you try and use it as well and intelligently as possible. A combination of all of that might see you getting results.”