The Lilywhites hosted the Robins following draws against Blackburn and Nottingham Forest, but led at half-time thanks to Tom Barkhuizen's sixth goal in as many games.

After the break an Aidan McGeady penalty and a Tom Clarke goal put the game to bed, before Robinson added a quick-fire double to leave PNE eighth - five points off a Play-Off place.

With the visitors matching the home side in the opening period, City winger David Cotterill blasted over after linking up with Tammy Abraham.

North End should have gone ahead on 12 minutes when McGeady was denied by Fielding at close range after Robinson put it on a plate for the Everton loanee.

The Robins hit back with Cotterill blasting an effort straight down home keeper Chris Maxwell's throat as the visitors worked to prevent PNE establishing a firm grip on the contest.

However, Barkhuizen's opener on 24 minutes followed excellent interplay between McGeady and Robinson to put the Lilywhites ahead.

With an attractive ebb and flow to the contest Maxwell dived low to his left to deny City centre back and former PNE man Bailey Wright, before McGeady fired wide of Fielding's right-hand post at the other end.

As City began to go a little flat Robinson's attempt to curl an effort just inside Fielding's left-hand post drifted wide, while Hugill saw a shot blocked in the box after being picked out by the influential McGeady.

With the minutes ticking down to the break, Maxwell just held on after almost fumbling Cotterill's routine cross as Abraham looked to pounce in a quiet end to the opening period.

Shortly after the restart, McGeady slotted home his penalty after Robinson was bundled over in the box by City centre back Aden Flint. With the home side now in cruise control Gallagher's free-kick from the right was headed home by Clarke to effectively end the contest.

The hosts compounded City's misery with Robinson striking on 63 minutes after being set up by Barkhuizen, and he struck again four minutes later to leave Bristol City just a point outside the relegation zone. 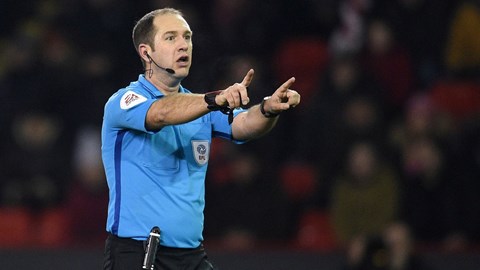 Then North End boss Simon Grayson said: “It ended up being a good night for us. First half got the goal, said at half time had to be quicker with the ball, move it around quicker. Key moments change games and Chris Maxwell's save from Bailey Wright was one of those at 1-0.

“From there, we got full steam ahead, got the penalty and then played with confidence and swagger without being too complacent and scored some very good goals.

“It was good for us to get that base to go from, some of the goals we scored and some of the play was exceptional. You saw the players enjoying what they are doing and it's been a great night for us.”

Bristol City head coach Lee Johnson added: “It's devastating, frustrating and I'm angry. The first half we've played some excellent football, I felt we were the better side, and were unlucky to come in 1-0 down.

“But in those moments we need to be tougher. Whether it be balls into the box, finishing, 50/50 tackles. In that 20-minute spell in the second half we capitulated. We've got to be tougher.

“Nobody can say they've had a good game, but it's frustrating because we really weren't that bad in the first half. In my opinion it wasn't a 5-0 game, but we got beaten 5-0 and there are three or four really poor defensive errors that cost us.”