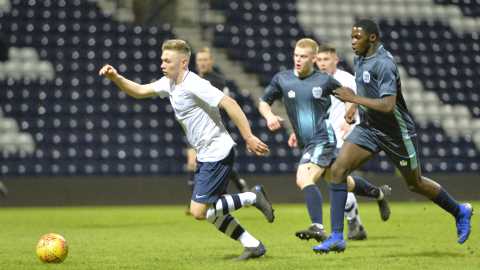 Preston North End U18 vs Bury U18 Match Report

North End’s youngsters were playing for a place in the last eight of the prestigious youth tournament but after a bright opening, the home side were ousted by two goals in as many second half minutes from the Shakers’ Bright Amoateng and Femi Seriki.

Harrison felt his side didn’t build on their encouraging start to proceedings and credited Ryan Kidd’s Bury side for their victory.

“We did start okay, we had a couple of chances to get in behind them and we passed the ball better,” the Academy manager told iFollow PNE post-match. “Then really we just stopped doing the things that were working; we stopped passing the ball, we let them into the game and from then on I don’t think we really deserved to get much out of it.

“We have a got a young group, Bury are the same as well. They’re always good games that we play in, we’ve drawn three times and lost once, so we always know it’s a tight game.

“But we did expect more from our players and unfortunately tonight, they didn’t show that and couldn’t produce that so that’s the reason why the opposition are cheering and dancing to music in their changing room and we’ve got a really quiet one. Hopefully it’s something that the players can learn from and take it into future games and future opportunities. 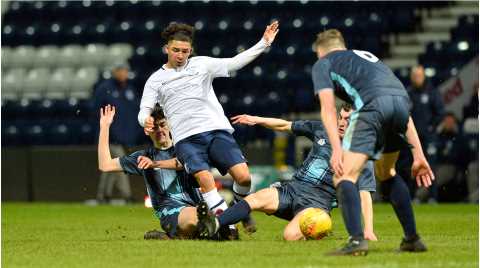 “Full credit to Bury, I thought they were at it, they made it really difficult for us and they were clinical.”

Harrison is now encouraging his players to be motivated by the feeling they earned from their wins earlier in the competition against Charlton Athletic and Norwich City in the remainder of their campaign.

“We talked about the other two games [versus Charlton and Norwich] and the feeling about coming in and how good it was to win games and that’s the feeling they want.

“Today what they’ve experienced is a negative feeling and hopefully by experiencing that, they certainly wont want that again and they can look at the performance and do things to put it right.

“It’s something they’ve got to learn from, it is youth football and I think what we’re disappointed by is just the performance of the players, we expected a lot more, certainly from some of the key players.”