Manager Alex Neil will have options to change his squad, with this the second of three games in a week.

11 February 2019
The PNE gaffer said after the victory over Bolton Wanderers that midfielders Ben Pearson and Alan Browne had both been withdrawn in the local derby win after being doubts for the game and they will need to be checked before the squad is named.
One player ruled out is goalkeeper Connor Ripley; the January transfer window signing injured ankle ligaments in a reserve game last week and he faces a potential operation to repair the problem.

Louis Moult and Callum Robinson (both hamstring) and Billy Bodin and Josh Harrop (both ACL) are the only other players who are definitely unavailable through either injury or suspension. 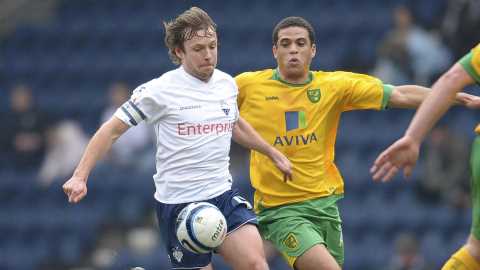 11 February 2019
Canaries midfielder Mario Vrančić was substituted at the end of the first half in their derby victory over Ipswich Town at the weekend and left the ground in a protective boot after turning his ankle and he will be a doubt.
City are close to being able to be call upon duo Timm Klose and Moritz Leitner once again, after long spells out with injury.
Leitner returned to team training last week following nearly two months out with an ankle injury, but may yet need more time to get up to match sharpness, while Klose is expected to return to team training this week, but will not be ready for the trip north.