4 January 2019
The Lilywhites’ No.45, who has grabbed his first two goals for the club in the last two games, will hope to add to that when he and his team-mates face Grant McCann’s promotion-chasing Doncaster Rovers at Deepdale on Sunday afternoon.
Speaking to iFollow PNE to preview the game, the 20-year-old said: “I’m looking forward to the FA Cup. We were unlucky in the game the other day; we created a lot of chances, but we have to move on and try and get the win this weekend.
“I needed to get that first [goal] out of the way and hopefully I can follow that up with many more now.

“The squad looks much bigger already, with the new lads coming in, and we are starting to see players back after all the injuries that we have had, so we are all looking forward to the game now.

4 January 2019
“It is in our hands. We will be the favourites, we are the Championship side and we have to show we are a good side. We are lower than we would have expected to be right now; we don’t seem to have got the results our performances deserve, but hopefully we will match the result and the performance this weekend.
“We should have beaten Villa. We battered them for pretty much the full game, but we need to be more clinical with our chances and defend our box a bit better and if we do that we will get the results.”
And it may have taken longer than he would have liked to get that first goal for the club, Lukas now feels that he is fully settled and hopes there will be plenty more to come.
“I said from the beginning I would have to get used to the team and I am definitely used to it now,” he continued.

“I know what all the players offer and maybe some of the things I did at the beginning weren’t to their strengths all the time, so I have had to adjust my game to them and I am starting to get more chances now. 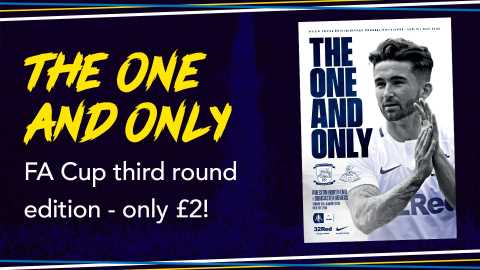 4 January 2019
“I knew it would take a bit of time, I just didn’t know it would be this long!
“But is all about patience. It’s the same for most players; when they are put in a new environment at a new club, it takes time, but I am settled in now and hopefully that keeps going.”