Today is rare, we don’t pick many games where North End aren’t the winners in our memorable matches, but we go back to 1995 and a goal from a rather famous face in a 2-2 draw.

4 January 2019
The Lilywhites were on a good run. Since Gary Peters had taken over, they had only lost two games in 14 and were pressing to try and take a place in the top six.
It was March 4th 1995 as Rovers visited Deepdale and Peters had just brought in two new midfielders, Simon Davey – on a permanent deal from Carlisle United – and David Beckham – on loan from Manchester United and both played a significant role in the game.
They came up against a Rovers side who had PNE players of past and future with Russ Wilcox, Steve Harper and Mick Norbury all in their starting XI and it was they that started the game the brighter of the two sides.
Davey started well though and his all-action style created a couple of early chances, a sixth-minute volley striking a defender and then a twisting, glancing header a minute before the interval that flashed just wide.
Peters’ side were unlucky not to get a penalty on 16 minutes when Graeme Lancashire appeared to be pulled down by Rovers’ skipper and future PNE centre half Russ Wilcox in the box, but it wasn’t to be and it was the visitors who went a goal up at the break.
It was their only real chance of the first half, in the 35th minute, Gary Brabin’s ball down the left beat the offside trap, winger Sean Parrish had plenty of time and space to measure his cross and Graeme Jones made no mistake with a header from six yards.
At half-time Beckham was brought on, replacing Paul Raynor and this made a change to the match immediately and within two minutes the sides were level. Beckham played a minor part in the build-up, but it was Davey – on his home debut – who produced the touch of class.

Beckham played the ball back to Andy Fensome, who chipped it forward to Mike Conroy, who in turn headed on for Davey on the edge of the box, who shrugged off two challenges, before rifling home his shot into the top corner. 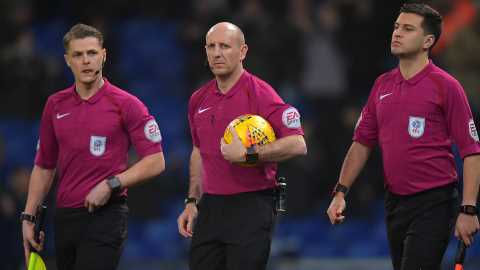 4 January 2019
Beckham’s first corner caused all sorts of problems for Perry Suckling in the Rovers goal, only for David Moyes to be adjudged to have fouled him, but after a second caused even more problems.
Chris Swailes nodded behind to deny Davey thundering in to meet a Conroy header, but from the resulting corner Beckham swung it all the way inside the far post, into the back of the Town End goal.
They had a chase to wrap up the points, Cartwright seeing a shot blocked by Suckling, Davey volleying over and Ian Bryson hitting the bar with an overhead kick, but it was Sammy Chung’s men who stunned the 9,624 crowd, when Wilcox headed home Parrish’s cross and the game ended all-square.
PNE line-up: Vaughan, Fensome, Sharp, Cartwright, Kidd, Moyes, Davey, Bryson, Lancashire (Smart, 80), Conroy, Raynor (Beckham, 46).
Doncaster Rovers line-up: Suckling, Kirby, Hackett, Brabin, Wilcox, Swailes, Harper, Schofield, Jones, Norbury, Parrish.
Attendance: 9,764
Referee: Mr J Watson (Whitley Bay)