Back in mid-September 2009, the Lilywhites kept up their unbeaten start to the season with a win over a then struggling Swansea City at Deepdale.

10 January 2019
Neil Mellor grabbed the first goal of the game after 27 minutes with a close-range header.
Chris Brown and Billy Jones were then denied by great saves from Swans keeper Dorus de Vries, but Stephen Elliot slotted home in the closing stages to make matters comfortable for Alan Irvine's side.
Former PNE loanee and Swans substitute Craig Beattie had the visitor's best chance, but Andy Lonergan saved with his feet as the pressure mounted on new City boss Paulo Sousa.
Speaking after the game North End boss Irvine's press conference was all about Sean St. Ledger, with his move to Middlesbrough on the cards. He said: "We know that there is an interest from Middlesbrough and we know that their interest is quite strong. Unfortunately, nowadays the decision (to keep a player) doesn't always come down to the manager.
"Every player at this club will have his price, regardless of whether I want him to stay or whether the chairman and the board want him to stay. Sean St. Ledger has been fantastic for us and the last thing I want to do is lose a good player.
"He's come on in leaps and bounds and is a lad who is desperate to learn and desperate to improve. He's very self-critical and is always looking to correct anything he does wrong. We've got a fantastic relationship and I hope that continues for a long time." 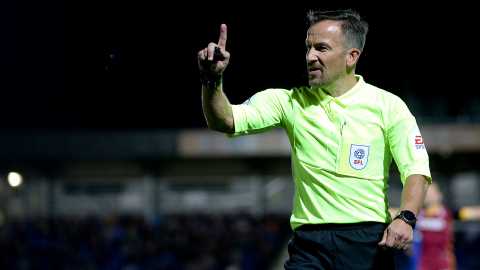