This weekend, one of the most experienced Championship officials, Andy Madley, will take charge of North End’s game against Queens Park Rangers at Loftus Road.

17 January 2019
The referee will be taking charge of his third North End game this season. He was the man with the whistle for our home clash with Stoke City back in August, which ended 2-2, and more recently the 4-1 win over local rivals Blackburn Rovers in November.
He has been in charge of some of the Lilywhites’ best moments over the years, most notably the League One Play-Off Final in the 2014/15 season, where a Jermaine Beckford hat-trick led to a convincing 4-0 over Swindon Town at Wembley.
Last season, Andy refereed four PNE games. He oversaw home victories against Reading and the final day 2-1 win over Burton Albion, as well as our games away to Ipswich Town at Portman Road and the return fixture against Reading.

He was in charge for a previous trip to Loftus Road, back in the 2016/17 season. Jermaine Beckford was on the scoresheet and Nedum Onuoha scored an own goal in a 2-0 victory as Simon Grayson’s returned from London with all three points, their first win of the season. 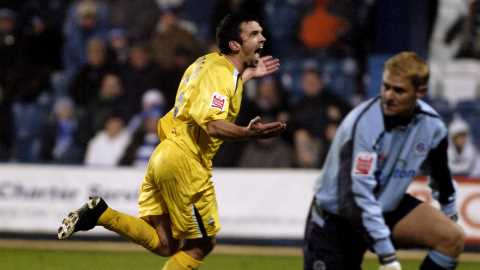 17 January 2019
During that campaign, Andy refereed four more North End games including both games against Newcastle United and a 5-0 victory at Deepdale against Bristol City, where Callum Robinson netted twice.
As well as the aforementioned Play-Off Final, the official also had the whistle for another 4-0 victory in the 2014/15 season. North End convincingly beat Scunthorpe United away from home, as Joe Garner netted twice.
He was the referee for our famous Capital One Cup victory over rivals Blackpool in the 2013/14 season. Tom Clarke netted the winner three minutes from time to secure a famous 1-0 win over our rivals.
So far this season, he has refereed 22 games in all competitions, issuing 51 yellow cards and one red card. It will be the first time that he will referee QPR this season, with his last game being in April of the 2017/18 season when Rangers lost 2-1 to Brentford.
Most recently, he was in action in the Emirates FA Cup as he was the man in the middle when Chelsea beat Nottingham Forest 2-0 to secure their place in the fourth round of the competition earlier this month.
On Saturday, the ref will be assisted by Mark Russell and Rob Hyde with Andy Davies as the fourth official.