Manager Alex Neil goes from feast to famine at one end of the pitch and vice versa at the other after last weekend’s game.

17 January 2019
In the clash with Swansea City at Deepdale he welcomed three new forward-thinking options to his squad, plus others back from injury, however, in the game he lost three defensive options in the space of 35 second half minutes.
Paul Huntington was replaced at half-time with a groin problem and he will be assessed ahead of the trip to the capital. Skipper Tom Clarke then left the pitch with a calf complaint and he too is a doubt for the clash with Steve McClaren’s men.
Finally, Josh Earl - on for Huntington at half-time – was sent off with just under ten minutes left, for two yellow cards, and he will miss the trip to Loftus Road.

Fellow defender, Ben Davies, who has missed the last four games, has made a return to training after a hamstring complaint, along with Louis Moult, who has been out since the Sheffield Wednesday game, just before Christmas, with the same injury. 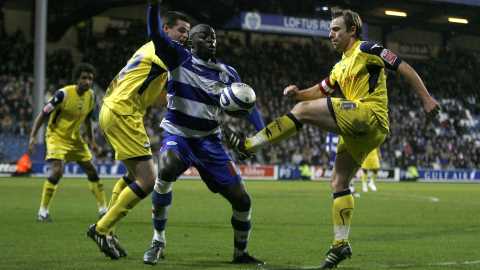 17 January 2019
Transfer window signings Josh Ginnelly and Connor Ripley are awaiting their first opportunities and will push for inclusion, having got run outs in a behind closed doors game against Graham Alexander’s Salford City in midweek.
QPR manager Steve McClaren has a strong squad to choose from. Darnell Furlong did enough for the R's in their FA Cup win over Leeds United to retain his place for last weekend's trip to Sheffield United.
He is likely to continue at right back in the absence of the injured Angel Rangel, who remains sidelined with Geoff Cameron and Tomer Hemed, whilst Massimo Luongo is still on international duty with Australia, having secured them a last 16 place in the Asian Cup with a late winner against Syria in midweek.