It’s a very different problem for manager Alex Neil this weekend, after five games of the team picking itself!

10 January 2019
Having had 12 or senior outfield players to pick from for the festive period, there is finally light at the end of the tunnel for the gaffer in terms of options available to him for the visit of Swansea City to Deepdale.
Ben Pearson is available again after completing his four-match ban for his second red card of the season, picked up at Sheffield Wednesday prior to Christmas.
New signings Jayden Stockley, Brad Potts, Josh Ginnelly and latest recruit, goalkeeper Connor Ripley, are all in contention to be involved in the squad for the first time against Graham Potter’s Welsh outfit.

Alan Browne returned to play 45 minutes against Doncaster Rovers last weekend, whilst Brandon Barker and Sean Maguire also came off the bench, which also included Josh Earl, another back from injury. 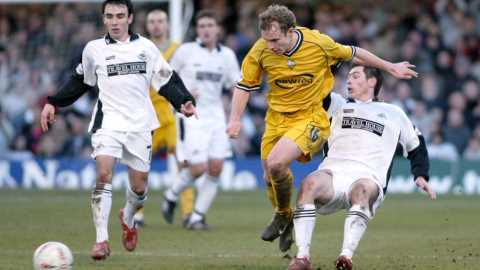 10 January 2019
These four, plus goalkeeper Declan Rudd and skipper Tom Clarke, who were both rested for the clash with Donny, are all in contention to be involved in the clash with the Swans.
Ben Davies and Louis Moult (both hamstring) are also edging closer to a return to training and will be monitored closely this week. Once they have returned it will leave only the long-term injured; Callum Robinson (hamstring) and Billy Bodin and Josh Harrop (both ACL) unavailable for selection.
Like his opposite number, City boss Potter will hope to welcome back some key men, with strike duo Ollie McBurnie and Wilfred Bony expected to have recovered from the sickness bug that ruled them out of last weekend’s convincing cup win over Aston Villa, along with a number of other members of the squad, who all returned to training this week.
However, he also has long-term absentees and is still without Martin Olsson and Tom Carroll for the trip up to Lancashire.