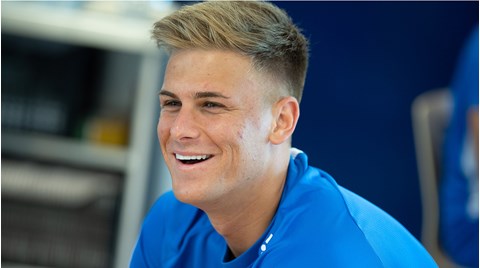 Brad Potts Ready To Put Frustrations Behind Him

Stanley stepped in to take the game after the clash with Bolton Wanderers was postponed, with the Trotters unable to fulfil the fixture, however, John Coleman was quick to come forward and provide the opposition.

The North End boss is pleased to still have the game, with Brad Potts set for his first run out of the 2019/20 preparations, having been on the bench for the weekend’s clash with Premier League Southampton.

The only two players who are unlikely to be involved at the County Ground are Darnell Fisher and David Nugent, however, both are in training with the rest of the squad and could be fit for some level of action at one of the two weekend’s games against Fleetwood Town at Highbury and Newcastle United at Deepdale.

The game could be a chance for more members of the squad to complete a full 90 minutes, with nine players completing the full game against Ralf Hassenhutl’s Saints at the weekend – while Billy Bodin completed 80 minutes while scoring in the process.

Tickets already purchased for the initially arranged Bolton game are still able to be used, with the remaining tickets still on sale. Entry is £10 for adults and £5 for U16s and over 65s and cash turnstiles will also be available on the night.

Tickets are available in person from the Sir Tom Finney ticket office, over the phone on 0344 856 1966 and online at MyPNE.Com if you want to purchase in advance.

EFL official Michael Salisbury will officiate the game, which has a 7.45pm kick-off, but if you can’t make it down to Leyland, we will have all the usual coverage.

iFollow PNE will be offering live coverage, with Jonathan Breeze and former North End centre half Liam Chilvers on air from 7.35pm – for more details on how to subscribe, click here now.