Irish international Alan Browne returned for pre-season at the end of last week and admitted there will be a competitive edge to training from the off.

The midfielder was back on the first day, having curtailed his spell with his country in the summer due to injury, and he expects there to be a high intensity to the level the squad work at, with so many fighting for a starting berth come 3rd August.

Speaking to iFollow PNE the 24-year-old said: “Everyone is out to impress from day one. People who didn’t get much game time last season will be even more eager to impress this year.

“The injured lads have been in over the off-season and have been working hard to be ready for pre-season and they will be wanting to push for a place as well. Any new boys coming in will add further competition for places. This is where you get the ground work done and at the start of the games, you want to impress.

“[The games programme] is a good structure, you don’t want to go straight in against a Premier League side, you want to work your way up and it is ultimately all about fitness. You don’t want to go into the season after losing five games, you want to get that winning mentality, even if it is a friendly or pre-season game. We won’t be holding back and it is up to everybody to push themselves in those games to get into the starting XI.

“With everyone back from injury, you see there is a massive group. You look around and think you really need to push yourself, as everyone is looking to get into that side on the first day.” 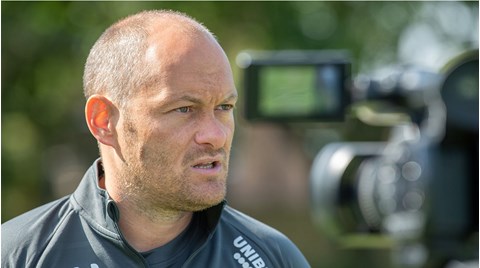 Speaking about his summer and the need to end his time with Mick McCarthy’s squad early, he added: “I can’t wait to get started; I’m sure the boys feel the same. It is good to come back to some sun. The pitches are looking fantastic as well and it is an opportunity now for us to hit the ground running.

“It is an important part of the season and all the boys are aware of that. I don’t think any footballer particularly likes this time of the season; it is more about getting your fitness and it is a lot of hard work.

“We pride ourselves on hard work, so I am sure this won’t be much of a test for us, we will get each other through it and push each other on.

“Come the first game of the season, the work we do now will be paying off. You get out what you put into it and that’s what I always think to myself when I am doing it. You need to push yourself through it – it is horrible, but everyone is prepared to do it, to get themselves ready,” he added.