Preston North End manager Alex Neil felt his side were given a stern test in their 2-0 win over Chorley at Victory Park on Tuesday night. 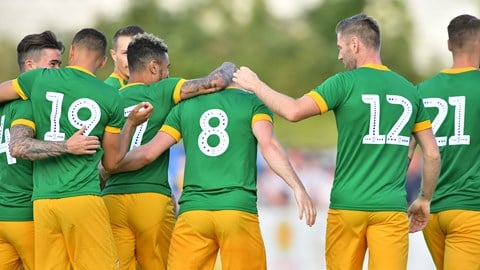 Speaking to iFollow PNE after the game, the North End boss felt the home side acquitted themselves well and made it difficult for his team.

“I didn’t think we played as well as we can, for the first 60 minutes, and I am sure the lads will agree with that. They were a bit disappointed and then when we changed it, we brought a lot of fresh players on at that point and when we got the goal right away it put our tails up and I thought we moved the ball really well in the last 30.

“They then made a lot of changes which disrupted them and naturally we had control of the game by that point, but it was another good exercise. What it does show, is that you have to do the basics in football – you have to win your headers, win your tackles, move the ball quickly and at times, for the first bit, we didn’t do that enough, but that gives us things to work on.

“The other lads came on and did well at the end, so we have a lot to think about, a lot to look at today, but it was another good exercise.” 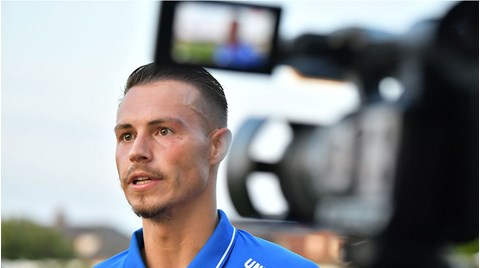 The opening goal saw three Irishman of Sean Maguire, Graham Burke and Alan Browne to combine with superb first touches of the game; the latter firing home the goal and the gaffer was impressed with the quality of the play.

“It was a nice way to start that phase of the game,” he continued. “It was a throw in, Seani flicked it on, Burkey touched it and then Browney scores; that just got the team up for the lads who had just come on the pitch.

“We shouldn’t dwell on that last 30 minutes though, because they made a lot of changes and were fatigued by that point. It was a tough match though and not an easy game.”

And having got through another game without any serious problems, Alex revealed he was also close to being able to recall other missing members of his first team group ahead of the test against Southampton at the weekend.

“Tom [Clarke] was missing with illness, so it was nothing to do with injury. One of his kids had a sickness bug and, unfortunately, he has managed to catch it, but we are very hopeful that this week, that will clear up and we can get him ready for the weekend and get him minutes.

“We have Pottsy [Brad Potts] who needs minutes under his belt as well and we are very hopeful he will be back and Darnell [Fisher] is on the mend and looking well just now as well, so we still have a few to come back,” he added.