Preston North End left back Andrew Hughes spent the last couple of months of the 2018/19 season on the sidelines, but he is fully fit and raring to go this summer. 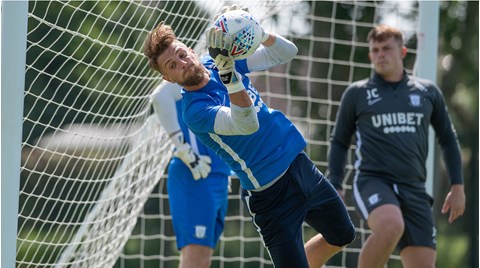 The summer 2018 capture from Peterborough United had a positive first season at the club and now back fit is looking forward to playing even more of a part in the new campaign.

Speaking to iFollow PNE at the club’s Ireland training base he said: “After the injury at the end of last season, pre-season is good rehab for me, with the 45s and then the 60s and then the 90s getting brought in, so I am seeing it a little rehab session.

“I don’t think a lot of people see what you do in the summer; everyone puts a video or a picture on social media, but I worked hard to get it right and I have been in from day one with the boys.

“It was big to have everyone fit on the first day of pre-season and if we can keep it that way, then we will have more joy this season than we did last year.”

The trip to Cork has brought the lads closer together and the 27-year-old believes that was one of the main purposes of the week away.

“The whole point of the trip is to be around the lads constantly and get to know each other a bit more,” he continued.

“We played a good game on Monday and pre-season friendlies are about getting the minutes in, keeping injuries as minimal as we can and we have more games to come and I am looking forward to it.”

The team return in time to head to Mill Farm on Saturday to face AFC Fylde and the Welshman believes this will be another test as the team step up their preparation for the Championship campaign.

“We played them last year and it was another good test for us. On the back of their season last year, they will be looking to do the same this year.

“It’s a good set up; and it is a good game after the trip as it is not too far and I am sure there will be a few fans there as well.

There’s plenty more from Andrew on the video link at the top of the page, as he reflects on his first year at the club and looks forward to the 2019/20 season.