Preston North End centre half Ben Davies is enjoying the competitive edge in training as he and his team-mates battle for a place in the manager’s starting XI come the start of the season. 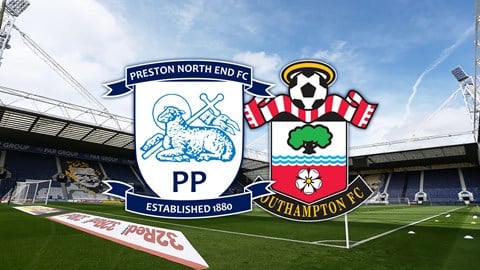 Speaking to iFollow PNE ahead of the Lilywhites’ home game against Premier League outfit Southampton this weekend, the defender feels he is getting closer to full sharpness with every single day.

“I am feeling better every day, every session, every game,” he said. “We have started with some good results and performances have been improving and we now have a bigger test at the weekend.

“Hopefully, we have had a good solid start injury wise. Everyone is looking good; they have all come back well and it has given the manager a full squad to pick from.

“It is almost like there are two players for every position and you need to try and get the better of your team-mate and try and get that shirt for the first game. The competition is hard; everyone wants to play the first league and that is everyone’s goal.

“It is good [to have the competition]; it keeps you on your toes and you want to be in the manager’s thoughts come the start of the season, then you want to have a good start and try and keep your place after that.”

The clash with the Saints will be a step up in levels for Alex Neil’s side and it is something the squad are excited about, according to the Barrow-born man.

“I am looking forward to it, I think all the lads are,” he continued. “When you are playing against the top players, you need to be focused the whole time and it is the closest thing we can get playing against someone in our league in terms of concentration levels and focus and it should be a good work out.

“Hopefully we can put on a good display and there are quite a few fans who come down and take a look at us.

“It is good playing the local sides, but if we want to test ourselves, we need to look at the opposition above us and hopefully we can put on a good performance.

“It will be a good work out because mentally and physically you have to be a lot more concentrated and ready.

“It will be a reversal of the games we have played so far, because we are the team who will be wanting to impress.

“You want to test yourself against the best players. The shoe is on the other foot now, we are the underdogs and we want to put on a good performance.

“We only have a few games left before the start of the season. The countdown has started and if you want to impress the manager, then now is the time to do it – the sooner the season starts, the better for everyone.”