Preston North End can confirm that Callum Robinson has joined Sheffield United for an undisclosed fee. 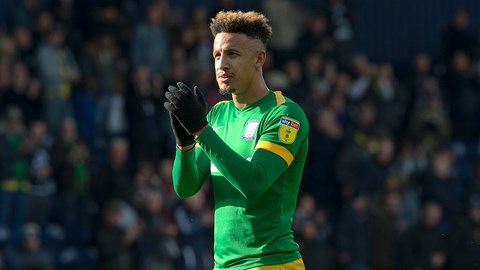 The Irish international forward, who initially joined on loan from Aston Villa before completing a permanent transfer in July 2016, made almost 150 appearances in his spells at Deepdale, scoring 35 goals in the process.

He was also awarded his first international recognition last season, being selected for Ireland, as well as finishing the 2018/19 season as top goalscorer, with 13 goals, despite having missed a large chunk of the season with a serious hamstring injury.

Speaking about the transfer, manager Alex Neil felt it was a good move for all parties, he said: “We are in a situation where we have been given a good offer, Callum has seen his future in the Premier League if that opportunity came along, which it did, and we had to try and maximise the cash intake for us, so we can try and strengthen the squad and strengthen the club.

“I am gutted Callum has left. He was a great lad about the place, but he has deserved his chance and he has worked very hard for a couple of seasons. He has improved no end; he has been a double figure goalscorer for us for the last few seasons and we should remember him fondly and wish him all the best.

“It was a nice send off for him. I let the lads know he was going to be moving on to pastures new and everybody appreciated what he did while he was here.

“I had a chat with him and he was very thankful for the help he has had since we have been here. He has deserved it – he scored 13 goals last season, having missed four months of the season – so I am very hopeful he will go on and do well at his new club and what it does is allow us to go and strengthen the club even more.

“If he had walked away for nothing at the end of the season, that wouldn’t have been good business sense for the club going forward.”