Preston North End play their penultimate pre-season friendly before the 2019/20 season gets underway as they travel to Highbury to take on Joey Barton’s Fleetwood Town on Friday night. 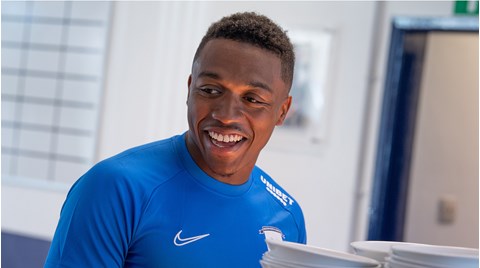 Darnell Fisher ‘Buzzing To Be Back’

Manager Alex Neil is likely to give his squad 90 minutes again across the two weekend fixtures, with David Nugent possibly available to make his return in a Lilywhites shirt against the Cod Army.

Darnell Fisher and Brad Potts, who came through 30 and 60 minutes against Accrington respectively, should both continue to increase their loads ahead of the new Championship season as we take on our Fylde coast neighbours.

The North End boss goes into the final weekend of preparations with all his first team available for selection; Jayden Stockley, who missed Tuesday night’s game, back in contention and set to complete a full game over the weekend.

Fleetwood will be selling on the day from 9am on Friday until half time and fans must purchase a ticket from one of their ticket offices, there will be no cash turnstiles. Any supporters collecting tickets can collect from the ticket collection booth which is located outside the Main Parkside Ticket Office.

The game will not be available as a stream on iFollow PNE on Friday night, however, for those that cannot attend the game, the full match, with commentary from Matt Hardman and Liam Chilvers will be available over the weekend.

Although there is no stream, there will be full coverage on all our other usual media channels, with our match centre running on PNE.Com and all the usual content on social media as well.