Alex Neil was pleased by the workout his side were given as they defeated Bamber Bridge 2-0 in their first pre-season friendly of the 2019/20 season. 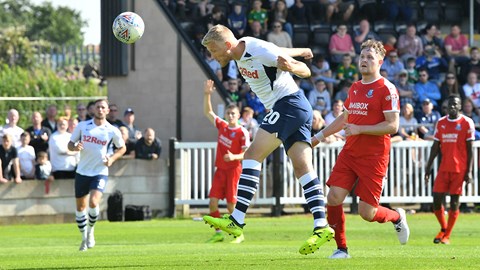 The PNE manager used to different starting elevens, one for each half, in the game at the Sir Tom Finney Stadium, and it was goals in the first half from Tom Clarke and Louis Moult that won the day for his team on a comfortable afternoon.

That provided his players with their first minutes under their belts of the new campaign and the gaffer explained that it was pleasing to see his players come through the contest without having suffered any injury problems.

“For the likes of Billy [Bodin], even the likes of Hughesy [Andrew Hughes], Josh Harrop, Patrick [Bauer] with his first game, I think it’s vitally important for everybody to get a touch of the ball.

“We’ve done a lot of sort of work throughout the summer just looking at injuries and how we can try and prevent them this season and put some preventive measures in place and hopefully that will help us.

“The good thing we’ve got is the bulk of the squad certainly up to this point has been a given now for quite a bit of time – they know how we work, they’re used to the training more than they have been when they first came in.

“We just want to make sure we have steady and gradual build-up, getting the games thick and fast as we go.”

Alex noted that after an opening week in which he was pleased by his players efforts in training, that preparations would now take more of a match-related focus. 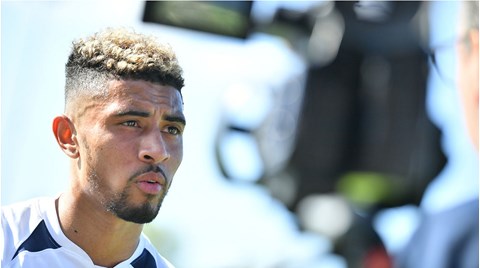 Ginnelly: ‘The Lads Are Looking Strong’

“The lads are in good nick, obviously pre-season’s always going to be tough and taxing on the body. I think for the recovery, certainly for the younger lads, it’s managing their body, knowing how to recover and sleeping and eating well and giving themselves their best chance to come in fully fresh and ready for the next day.

“Obviously the games will come more and more, so it’s more game related stuff that we’ll do now rather than fitness based. I think a lot of them have got their base, they’re in good shape, we just now need to top them up in terms of minutes and make sure we get a good spread in everybody ready for the start of the season.”