The youth team have learned the four other sides that they will compete against in their Youth Alliance Cup group this season.

A youth tournament comprising Category Three and Category Four Academy sides, the Youth Alliance Cup is spilt into Northern and Southern sections. The final will be contested by the winning side from each side of the draw at the end of the season. 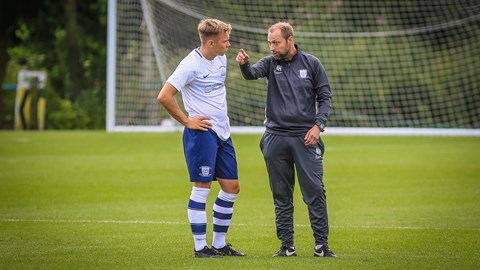 In the Northern section, there are five groups each containing five teams, with North End drawn into Group 5. Each team plays against each other once, with the five group winners and three best-placed runners-up progressing to the regional quarter-finals.

There is a fairly familiar look to the Lilywhites’ group, with two sides from their own North West league division and the two other from the North East region.

And it will be the two sides furthest afield where Nick Harrison’s team will be travelling, starting off their campaign with a trip to Bradford City on Saturday 24th August.

PNE have a break on the middle weekend of September when the other sides will be competing, before returning to host Bury on Saturday 5th October.

North End’s youngsters will travel to Notts County for a third consecutive season in this competition on Saturday 26th October before completing their four-game group campaign at home to Rochdale a fortnight later on Saturday 9th November.

All dates are subject to change with kick-off times still to be determined.

Meanwhile, in the league fixtures, North End’s matches against Rochdale have been reversed.

PNE will now face Dale at home on Saturday 3rd August with the corresponding fixture seeing the Lilywhites travel to last season’s league runners-up on Saturday 18th April 2020. Both fixtures remain 10.30am kick-offs.

All of the U18 side’s league fixtures were confirmed earlier this month, which you can view here to include the updated changes.