Preston North End manager Alex Neil is well aware of the burden of responsibility he carries going into this weekend’s clash with Blackburn Rovers at Ewood Park.

The Lilywhites boss admits he thoroughly enjoys a derby day, but is well aware of the test that Tony Mowbray’s side will pose in the 12 noon kick-off.

Speaking to iFollow PNE to look forward to the game, the gaffer said he was looking to a strong performance from his side: “You always get that sense of anticipation, because you know how much it means to the fans.

“Naturally, the importance of winning is always a bit more and that is not lost on me, I know how important it is to the fans. I want to make sure that we try get ourselves into a position where we have covered everything and the lads are primed and ready.

“We have had a good record in derbies. I think this will be a difficult match. Blackburn will want to turn their form around, which I think makes them dangerous and we are without the likes of Ben Pearson, which is a big blow for us, but it should be a good game and we are hoping we can put a similar type of performance to that which we have been doing over the last eight or nine matches.

“The players look forward to it; our lads – with the run we’ve been on – will not fell any untoward pressure, they will be looking forward to the game, but I certainly, as a manager, feel a burden for the fans. The last thing I want is for them to go home, having brought 7,500 to the game, not happy. 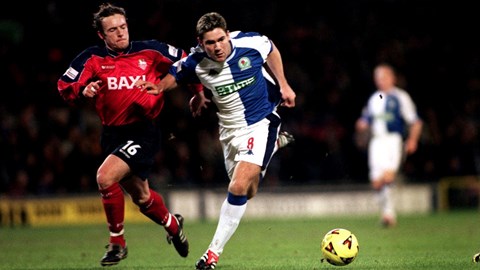 “The one thing you want to do is win games, but you want to win the important ones which the fans really relish getting the better on, so that is crucial. It is probably about two thirds of our fanbase at home [that are travelling], so to take that many fans is an incredible number and I imagine they will be very vocal.

“Hopefully, we can put a strong performance on, which is the key. It is alright everybody turning up, but we have to come to the party and we have to produce. I think the lads will be ready, I have no concerns about that, and hopefully we can go and perform as well as we can and give the fans a good day out.”

The opposition have had a tricky run of result of late, but Alex has been impressed by what they have to offer this season.

“They have got good players, Blackburn,” he continued. “They spent some money in the summer making some acquisitions in the summer. They came into the season fancying their chances to have a really strong season and I think they come up and consolidated – which you always want to do in the first season – and they will want to turn their recent form around and I think they will be quite comfortable.

“Bradley Dack has done great, to get the number of goals he has got. He is more of a second striker for me than a No.10. He plays in that area, but he likes to start high and drop off rather than being like Alan Browne for us, who starts in the middle and then runs beyond. 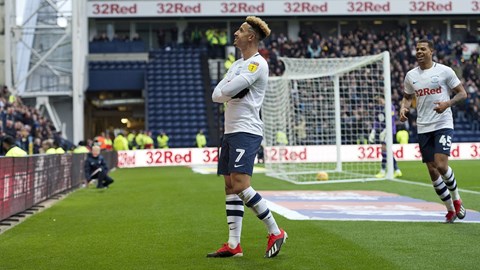 “He is dangerous in and around the box, has a low centre of gravity, is a good finisher and is always a threat. He is the type of player you might now see for 80 minutes, but he can pop up and score a goal out of the blue and those type of players are always dangerous.

“They have some good technicians in their team too. Adam Armstrong is a good player; can play a variety of different positions as well. Like most games in the Championship, we are going to have to perform very well. If we don’t perform very well, it is going to be a very difficult afternoon and I am sure they are saying the same thing.

“When you get a game like this, when you say ‘it is going to be a tough match’, everybody enjoys it, especially when you add in the fact it is a local derby, it should be exciting.”