Preston North End manager Alex Neil said that his side only had themselves to blame after two errors gave Reading what proved to be an unassailable lead at the Madejski Stadium. 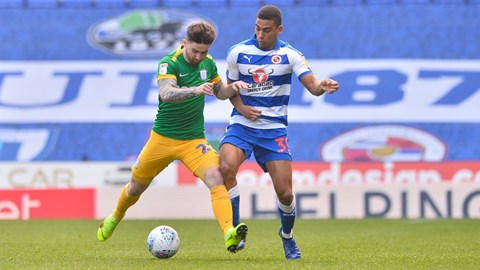 Yakou Meite and Mo Barrow put the Royals in front in the first half of the game, with Jayden Stockley’s third goal for the Lilywhites coming a little too late, in injury-time, to help prevent the end of the 12-game unbeaten run that stretched back to New Year’s Day.

Speaking to iFollow PNE after the 2-1 defeat the North End boss felt his side gave themselves an uphill task with their first half issues.

“There was very little in the game,” he said. “We made two errors, that cost us a goal. The first one we were in the middle of the pitch, tried to nick it and they get in behind, which we spoke about in terms of covering the spaces, but they put it across and we get done at the back post and that’s not a great start.

“And then after that we need to make sure that if anybody is going to score the next one, then it needs to be us and then the next one is a ball straight down our throat, we lose the first header, they get in behind and it is just an error in terms of the pass back, which is a bit short, and we don’t deal with it after that.

“At this level, when you give two goals away, to then come back and win any game is extremely difficult. We knew we had to throw caution to the wind; we made two aggressive changes at half-time to try and get ourselves back into it, but after only ten minutes one of those gets injured, so that really limits us in terms of what we can do next.

“We put another forward on to try and try force the issue, but we got the goal too late. 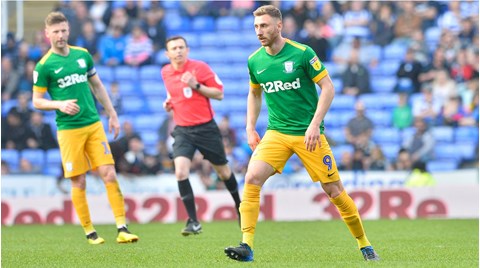 “Gally has a great chance beforehand; Sean has one where he has it in his feet and he couldn’t get a shot away quick enough and I felt that if we got that goal we would have a chance. They were happy to sit in and soak up the pressure and we found it difficult; we lacked runners today – when Alan, Pottsy and Tommy B aren’t in the team, they are the players who are going to run beyond, and it is difficult when you don’t have them in your side, as the other ones we brought in are different types of players.

“We are disappointed, because of the type of goals we have given away. When it is good play from the opposition, you hold your hands up, but we played a part in both of their goals.

“I thought [their second goal] it was a [PNE] corner, however, when it is a dead ball from there, you don’t expect within two touches of theirs that the ball is going to end up in the back of the net, but that is what happened.

“We only have ourselves to blame and the lads are really disappointed, but the one thing that they do I that they rally and they give everything they have got and they did that. We had ten men, we went really aggressive towards the end to try and get ourselves back into it, which just couldn’t find that extra little bit where we needed to try and find that goal quick enough.”

But he feels his side are strong enough to react quickly when they face automatic promotion chasing Sheffield United next: “Football all the time is about reacting to situations. We knew today was going to be a tough day for us. They are a very different type of team. We knew it was going to be a passing type of game, but we just didn’t really get in behind them.

“For all our good play, it was in front – there wasn’t a lot of positions where we thought we should have scored, but equally I think apart from the goals, Declan only has one save to make, the one he tipped onto the post, which was a great save, but other than that there wasn’t a lot of goalmouth action from either team.

“We had pressure in the second half without really creating a lot of clear-cut chances, which was disappointing from our point of view.

“Next week will make or break the rest of the season for us. It was always going to, regardless of the result today.

“What we have done today is make it a bit more difficult for ourselves, but if you are ever going to get into that top six, then you have to earn the rights, but what we have to do is to cut out the stupid errors, that we had to today, and make sure that when we do have the ball, we have a bit more of a threat and hopefully we will also have a couple more players back by the next game,” he added.