Preston North End goalkeeper Declan Rudd has said that his mistake at Birmingham City earlier this season was the key to his current form.

Speaking to iFollow PNE ahead of the visit of the second city side to Deepdale, the Lilywhites’ No.1 admitted it was a moment that led to a period of reflection that has helped both his and the team’s transformation over recent months.

“I have said it before, and people might find it strange, but it was one of those moments that you never want to happen, but are glad they did happen,” he said as he looked forward to the clash with the Blues.

“It refocused me and it basically was a case of ‘it can’t get any worse’. It really focused my mind on things going forward, getting my form back together.

“The team were great around me. They stuck by me and the manager and the staff were the same. I always believed I would not let it affect me and that I would bounce back and it hasn’t.

“It will always be one of those moments in my career where I will look back and think ‘that was a bit embarrassing’, but it made me a better person and a better goalkeeper.

“It taught me that mistake in a game of football is not the end of the world. Everyone is going to make them, but unfortunately the nature of the mistake made it look terrible on my behalf.

“It was just a lapse of concentration at that time. Everyone has them, but it is a character-building process and it really did spur me on to focus, knuckle down and get back to work.”

The custodian played a big part in Wednesday’s win over Middlesbrough on Teesside and spoke about his goal celebrations.

“It was a long day on Wednesday, but when you are travelling back with those three points, it makes it all worthwhile. It was an ugly win by us, but it shows that we can do it both ways.

“I enjoy it as much as anyone else in the stadium when we score. We are a close-knit bunch here and when you get the highs in the game, adrenaline takes over and I do let myself go a bit and enjoy it, but straight away you have to refocus and concentrate on the game.

“There are a lot of lows in football, so when you do get the highs, you have to enjoy them.” 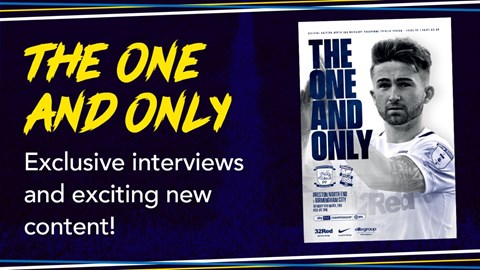 The weekend’s clash with Garry Monk’s side is the last before the final international break of the season, albeit the keeper joked his side would not be having one.

“We have put in an application to cancel it this year! The way we are going, we have so much momentum at the minute and we just want to play a game every day.

“We are going in the right direction, but the break could be a major plus, because we might get a few more squad members back and a few more lads who are very important in our team, could be back to play their part in the last eight games and who knows what could happen?

“No one is expecting us to do anything; we are not expecting to be there, we ae just giving it the best shot to be there and I think that is the best we can do,” he added.