Ethan Walker said the youth team must learn from their mistakes in the 1-1 draw against Walsall – as they do after every game. 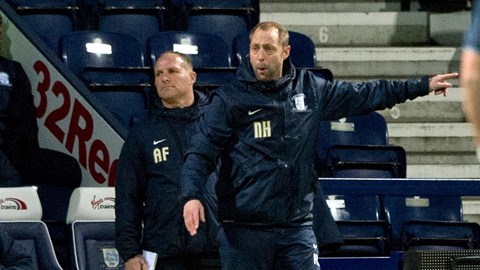 That was an especially strong feeling after the Lilywhites dominated against the Midlands outfit, but failed to take all three points after conceding a stoppage-time equaliser, despite Walker's opening goal.

The 16-year-old forward found that tough to take considering how he and his team-mates had controlled the contest but said they must analyse it in the same way as any other match; by aiming to right their wrongs in the next outing.

“We worked our socks and everyone did what they could to try to get three points out of the game but it just didn’t go our way,” the first year scholar told the club website.

“We let ourselves down massively in the last few minutes of the game where we could’ve just kept the ball, kept the possession and kept it away from them and walked it out with a 1-0 win and three points, but it’s just the way it’s gone.

“After each game, I like to look back and look at the chances we could have had – we had loads of chances to go and score, but we just didn’t take them.

“We’re still young boys, we’re still in our scholarships and we are still learning. Every match that we play should give us a learning curve for the future and today is one of them that we need to take in and think about going into the next game. We’re always learning and looking to improve.”

Walker’s 79th-minute strike was not only his eleventh goal of the campaign, but his first in more than two months and with a derby game against Blackpool awaiting this weekend, he is hoping to pick up where he left off from earlier in the season where he was in free-scoring form.

“We were patient all the way through, we didn’t get fed up and just kept on going. When the chance did come to get a goal, we took it and it was a good one.

“It was a good finish, I’ve not been scoring any goals lately or getting many assists, but I’m looking to get back into how I was before the FA Youth Cup and hopefully keep striving for more goals and assists.

“After each game from getting an assist or a goal, it does give you to confidence to go into the next game, thinking that you can go and score or get an assist. I will get a boost from this game and hopefully we will see that on Saturday.”