Ben Davies felt the nature of the Lancashire Derby against Blackburn Rovers made the 1-0 victory all the more pleasing for the Lilywhites. 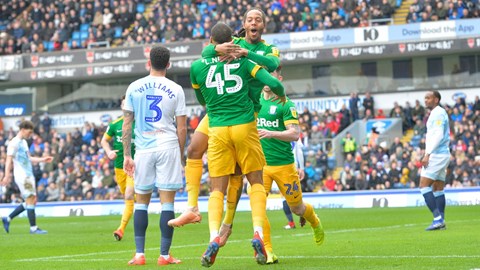 The visitors were kept busy, but stuck to their shape and restricted Blackburn to few clear opportunities, with Davies telling iFollow PNE that the way the backline had to fight to keep their clean sheet intact made the win even more satisfying.

“It was a good win and it was a tough game” said the 23-year-old post-match. “I feel like we played well first half for periods and obviously got the goal.

“I feel like they came on quite strong, we couldn’t really get out and they kept putting it forward, so we had to defend well. But when you keep a clean sheet when you have to defend hard like that, it’s pleasing.

“The gaffer pointed out before the game that they sometimes go a bit more direct and we weren’t surprised to see it because it just misses out the midfield and the press. I felt like we dealt [with that] quite well, we won quite a lot of the first balls and then if we didn’t, we won the second one.

“In the second half they brought another big lad on so they had two up front and it was difficult, but I thought we defended well and our full backs helped us out a lot today.”

It’s now ten games unbeaten for the Lilywhites following this success over Tony Mowbray’s men and Davies felt the incredible away support inside Ewood Park helped North End over the line to extend their fine run of form.

“It was a great turnout,” the defender said of the 7,500 strong travelling faithful. “I said in midweek that we just wanted to send them home happy with a result and we managed to do that again.

“We could hear them for most of the game so I feel like they helped us get the result and I’m just delighted, because we didn’t play that well, that we actually managed to get the result because it would’ve been quite a poor day if we didn’t hang on for the result.

“It wasn’t the best game to watch but we’ve got the result and we’ve got the bragging rights, if you will, over Blackburn until the next time we play them.”

At the close of play North End sat just three points outside the Championship Play-Off spots and with a trip to Middlesbrough awaiting on Wednesday night, Davies reiterated the desire to climb the table in the final ten matches of the season.

“We’re in a good bit of form, we’re just here to keep taking it game by game and obviously we cant affect other people’s results, so hopefully we can close that gap and close it even more because we’ve still got some games left.”