North End have been waiting 48 years for their last league win on Teeside, in the year after the promotion season back to the second tier.

That day, in early November 1971, saw Alan Ball’s men head up to Ayresome Park looking to build on a 3-1 win at home to Hull City the previous week.

But they were on the back foot for most of the first half, against the second division promotion challengers. Their attack could not get going and the back four had to withstand a tremendous amount of pressure, with Middlesbrough John Hickton always dangerous and Irish international Eric McMoride prompting intelligently from midfield.

John McMahon played with lots of composure, however, and North End looked efficient even though Middlesbrough were frustrated.

Alan Tarbuck had few opportunities to shine and the Lilywhites’ best player from a creative point of view was George Lyall. 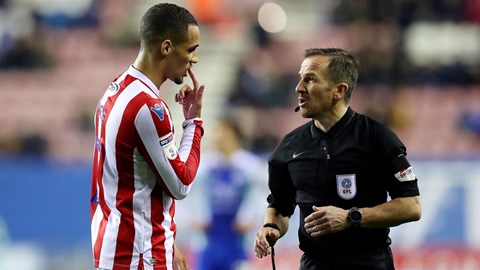 North End were fortunate not to be at least one goal down and had reason to be thankful to Alan Kelly, who made one brilliant save to stop John Vincent.

Both teams had to make late changes, with PNE manager Alan Ball bringing in Tarbuck and Middlesbrough boss Stan Anderson playing Smith instead of Bill Gates (not that one!). Tarbuck was getting his second game for the Lilywhites, having scored in his first game against Birmingham a fortnight previously.

McIlmoyle, who was playing against the club he had joined North End from for £20,000 in the previous summer, kicked off for North End, but it was Middlesbrough who had won all eight of their previous home games in the league, who were the first to look dangerous.

The former Boro man tried to help the visitors settle down with some skilful ball work in his won half, but the home forwards pressed. The steadiness of McMahon was needed on a number of occasions to keep the hosts at bay.

The best move of the first half came five minutes before the interval when Moody gained possession in midfield after Maddren nodded the ball to him. Moody went through, past several PNE players, drew Kelly out of goal and lobbed the ball over him from the inside right position. Fortunately for North End, the shot went across the face of goal and McMahon was able to clear near the far post.

The second half started much as the first had finished – with North End defending. They conceded two free kicks in quick succession on the left, with Jones shooting over from the first and the ball finally going out of play following a scramble for the second.

There was more danger for North End when Vincent got to the by-line and put over an excellent low centre, but first Laidlow and then Hickton failed to get in shots as the ball rolled across the goalmouth to safety.

Amazingly and completely against the run of play, North End took the lead in the 60th minute. They broke sharply from defence, McIlmoyle gained possession and slid a perfect pass through to Tarbuck, who drew Platt from his goal and slotted the ball neatly past him.

Middlesbrough swept back and Kelly made a magnificent save from a glancing header by Maddren following a right-wing corner. The 21,097 crowd was roaring the home side on and North End’s defence had to hold on valiantly and they through on England youth forward David Mills for the last 15 minutes, but it was not enough to get anything, as PNE held on for the win and the two points.

This was PNEs first away win in the league since their promotion back to the second division and one that was earned the hard way.