Taking charge of his third PNE game of the season, and his second away from home in a few weeks, is referee Oliver Langford.

He was the match official at the end of January, as the Lilywhites triumphed 2-0 at the Bet365 Stadium against Stoke City.

Prior to that he refereed our Carabao Cup third round tie with Middlesbrough back in September and before that it had been 12 months since he last took charge of a game at Deepdale.

The West Midlands official, prior to the Boro game, last took charge of our Tuesday night clash with Cardiff City at Deepdale in September 2017, when the Lilywhites ran out 3-0 winners against Neil Warnock’s Bluebirds.

The previous season he took charge of three North End games. His first was the live Sky victory over Wigan Athletic back in September 2016, his second, our first match of the new year, at Burton Albion and his third the goalless draw away at Barnsley in February. 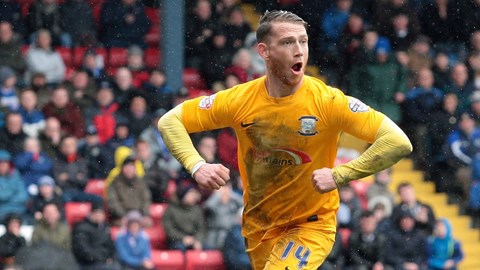 He also twice took charge of the Lilywhites in 2015/16; the goalless draw against Derby County, when goalkeeper Anders Lindegaard made his debut for the club, and the April trip to Middlesbrough.

His first game in change of North End before that was the clash with Swindon at the County Ground in November 2014.

This will also be his third Rovers game of the season, having officiated their 2-2 draw with Reading early on in the campaign and their 2-1 New Year’s Day home win over West Bromwich Albion, when he sent off one of the Baggies.

He will be assisted by Phil Dermott and Akil Howson, with experienced match official Anthony Backhouse acting as the fourth official for the game.