Middlesbrough manager Tony Pulis says his side cannot be complacent as they face a North End side who have 'done smashing'.

His Boro side entertain the Lilywhites at the Riverside Stadium on Wednesday night and are looking to get straight back to winning ways, having lost 2-1 to Brentford on Teeside at the weekend.

“We know Preston will be tough. They are unbeaten in ten games and are playing very well.

“We need to concentrate. We’ve got good players and they have to have the belief to go out there and when get their chances they take their chances.

“It’s no good just turning up and expecting to win. We have to go and work hard and give them something to cheer about. And hopefully we can do that.”

The north east side's gaffer may well look to shuffle his pack after the loss to the Bees, speaking to the Gazette to preview the game, he continued: “I’ve watched training today and theres a couple there who are a little bit tired.

“They’ve had long seasons and we might switch a few up, change a few around a bit.

“We’ve got a three game week this week, we’ve got the game [On Wednesday] and then we go to Villa on Saturday so might make one or two changes.

“Then when we come back we have nine or ten games in 18 days or whatever it is. It’s pretty hectic.

“We have to keep the players fit and fresh and ready to go.” 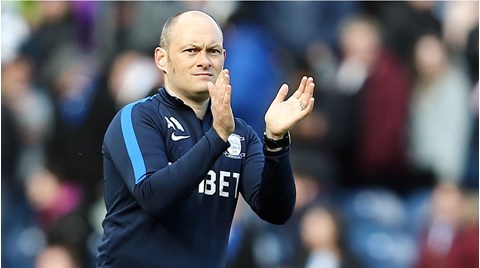 But whilst he is aware of the demands these games have, he is delighted to have another game so quickly after a defeat.

“I’m delighted to be back into action quickly. Very much so.

“If you look back at the Brentford game we created some chances and the ones that got away for us was the Ashley Fletcher header.

“If that had gone in to make it two nil then I do think we go on to win the game.

“The two goals we gave away were very very sloppy goals to be honest in respect of how well we have defended this year.

“But as I’ve said before, there will be ups and downs, twists and turns from now until end of season.

“What we have got to do is keep level, the players have to keep believing in what they are doing and we have to keep going, that’s the most important thing,” he added.