Preston North End manager Alex Neil says the club have a summer of work ahead of them to get ready for next season. 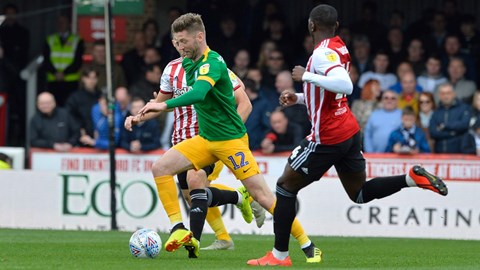 Speaking after the side’s final game of the 2018/19 campaign against Brentford at Griffin Park, he was disappointed to end the season without a positive memory from the last match.

Speaking to iFollow PNE he said: “For us to improve and have a chance to challenge next season, we are certainly going to have to be a lot better than we were today.

“Unfortunately for everybody, that’s the last thing we leave with a memory of this season, which is a disappointment, but we need to regroup and make sure that in the summer we do all the necessary work that we need to do to make sure that we are in as strong a position as we can be to go into next season.”

The game was one that will not live long in the memory for the manager, who felt his side were not at the standards they usually set: “We are disappointed,” he continued. “We didn’t really hurt Brentford at stages in the game and it was a little bit flat, which was also disappointing.

“It is difficult to put a finger on why it was a bit flat. They are very strong at home; we knew we had to come here, work hard and perform well to get results at places like this.

“That is the same for anybody here – they beat Leeds 2-0 the other week – but the disappointing thing is that we didn’t do ourselves justice.

“What we have done here in the past is that we have been competitive and we have played well at times, but that certainly wasn’t one of those days today.”

A change was made at the break to try and change things, but the gaffer felt it didn’t change enough.

“We found it difficult to get in behind them. When you have got that target man it is hard, because you can’t get in behind through the central areas and it didn’t really work for us.

“We tried to change it and adapt it, but it didn’t really improve much either.

“We need to look at the game today, be disappointed with what we contributed, because it wasn’t enough,” he added.