Preston North End’s player of the year, Ben Davies, feels the season just gone was one of ‘stepping stones’ for the Lilywhites and himself.

The 23-year-old central defender has become and mainstay of the North End backline under manager Alex Neil this season, but he feels that the season was one that didn’t live up to the squad’s expectations.

Speaking to iFollow PNE after the end of the season, the man who captained the side for the first time this season, said he felt there were plenty of lessons to be learned from the 2018/19 campaign.

“It has been a season of learning,” said the No.6. “Quite a few of us have not played a lot of games at this level, so I feel we have taken stepping stones of getting experience, getting minutes under the belt, because it is – as we all know – a very tough league, with a lot of good teams in it. We have learnt from this year and we can take that into next year and be stronger.

“Over the last few seasons we have managed to put unbeaten runs together and I feel that if you can build that momentum, you can roll on into the next game, and the next one and pick up some form.

“We have let ourselves down in other parts of the season, which has meant to had a poor final placement. But if we can take the positives out of when we have done well and learn from the parts when wed haven’t succeeded, then hopefully it will improve us for next year.

“I am learning all the time and I just want to keep improving and better myself. My team-mates and I and the manager, all want to improve all the time. 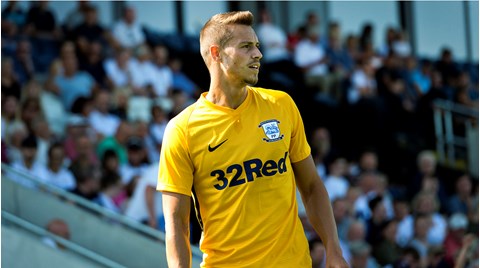 "I won a couple of awards, which is nice, but our ultimate goal is to succeed and I feel that this season was a bit frustrating in that we didn’t achieve what we set out to do, but that said, we have learnt from it and we can take the low points and use it as fuel for next season.”

The Barrow-born youth team graduate feels the disappointments of the season will be the most help to the team going forward.

“When it is tough it is always the hardest, but you learn a lot more from failure than you do from success in many ways,” continued Ben.

“We are not satisfied with the season and the way it has panned out. We feel we performed for about a third of the season and we realise that that is not good enough, but at the same time we are learning and hopefully it will bode well for the future and we can have a successful season next year.

“There is a lot of talent here, but you need a lot more than talent to gain promotion, so we just need to put it all together to try and work and push each other on and we need to come back hungry and want it more than ever before. 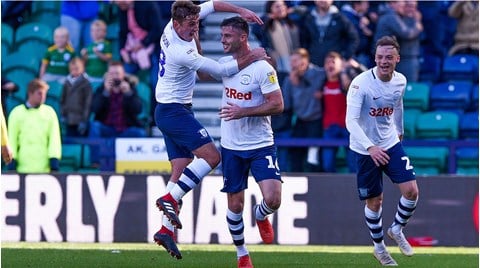 “If we can harness the frustration from this year, where we have not done as well as we could, hopefully it can help us for next year.”

With the manager having signed a new contact last month, Ben feels that the PNE gaffer will be doing everything he can to put together a squad that challenges.

“I have no doubt that the manager can put a successful side together.

“We have a lot of talent here and there is talk of adding a few more, so that can help and improve us and the gaffer is the right person to help us do that,” he added.