Preston North End midfielder Paul Gallagher is set to recharge the batteries over the summer ready for a push for the Premier League in 2019/20.

The experienced No.12 spoke to iFollow PNE after the conclusion of the last campaign and reflected on the year, acknowledging its high points, as well as finding plenty of things to use as inspiration for next season.

“It was a frustrating season,” said the 34-year-old. “After the previous season, we finished on a real high in seventh and we wanted to get off to a good start, but that didn’t happen. Then we ended up playing catch up, going on two unbelievable runs when we were 12 unbeaten, to send us into the last eight with a real chance, then the last eight games weren’t good enough.

“It is now time to go away, rest, prepare right and come back hungry and ready to put things right next season.

“If we can keep our discipline record cleaner and players fit, we will give ourselves every chance [in 2019/20]. Because when the manager had everyone to pick from, we went on great runs.

“We were going to some big clubs and turning them over with ease. Every game we went into, we believed we could win it. Then when the international break came, with eight games to go, everyone was licking their lips thinking ‘this could be the season’, but it just wasn’t good enough and that’s the truth.

“It hurts myself, because we really wanted to push on, after being so far behind you start to believe, but you take the hurt and use it as fuel to push on again next year.”

It has been a year of milestones for the former Leicester City man, but he says that is down to one reason: “It tells you one thing… I am getting older!” Laughed Gally.

“I went past 250 appearance for the club, 550 career appearances and 100 career goals; personally, I was pleased how I played this season.

“Coming back in pre-season, I knew it was going to be difficult to force myself into the team with the additions that we had added and then we added more in January, but I have always believed in my ability.

“I believe that if I stay fit, I will give the manager a headache to pick me to play.

“The one thing I can say, is that I always give 100 per cent for this football club; it means a lot to me, because I have been here for a long number of years now and been successful. 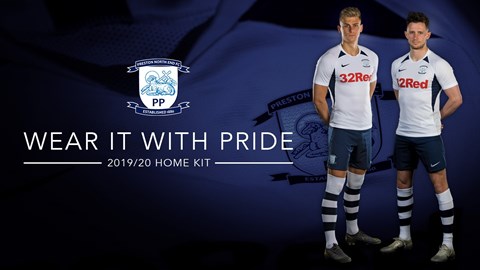 “You should never have regrets in football, but the one regret I will have when I do retire is if I don’t help this club get to the Premier League.

“It is well documented that most of the other north west clubs have had a go at the Premier League and I feel that we have got the potential and all the players who can deliver if we can keep a clean discipline record and steer clear of injuries, because I think we have got a fantastic young manager who is hungry and has had success before and he has shown his desire to stay at this club and help this club move forward and it is down to us as players to go out there on the pitch and show the fuel to come back ready to go.”

The Glasgow-born man has taken the armband on multiple occasions this season, a responsibility he has enjoyed, but one he is more than happy to give up if it means success for the team.

“I have really enjoyed that responsibility; being a leader on the pitch and off the pitch.

“As everyone knows, it is a young squad, so to lead this team has been fantastic.

“When Tom [Clarke] is fit, he is the captain and he is an excellent captain and an excellent leader, but to have the armband for a number of games was something I was very proud of, and to walk our as captain with my kids at the last home game was great, but I would change all of that just to get into the Play-Offs.

“It hurts me personally and I know it hurts in that dressing room as well. We will now go away, recharge the batteries, be focused and come back bigger and stronger for next season,” he added.