Adam O’Reilly has won the League Football Education’s [LFE] Goal of the Month award for the second time this season, taking the prize for April for his brilliant strike against Wigan Athletic.

🥇 | Congratulations to #pnefc's @adam_o_reilly, who has won @LFEonline's Goal of the Month competition for the second time this season, awarded for this sumptuous strike against Wigan Athletic last month! 👏

The recently turned 18-year-old was first to a second ball in midfield before venturing forward and hammering an unstoppable 20-yard strike into the top right corner in the Lancashire FA Professional Youth Cup final clash.

North End’s Scholar of the Year for the 2018/19 campaign was backed by more than 1,000 votes in the LFE’s online poll and received additional support on social media, his victory a resounding one with almost 47 per cent of voters selecting his strike as the best for the month of April.

Among the goals Adam beat to the award for April was Jack Baxter's audacious strike from the same game. Jack hit the target from a free-kick to lob the opposition goalkeeper from inside his own half, finishing third with an eleven per cent share of the vote. 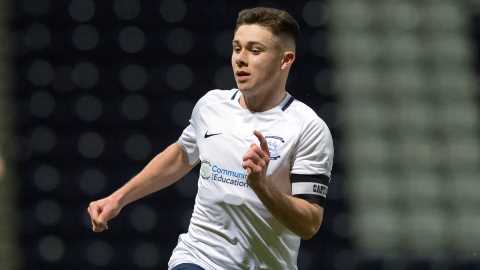 Adam will now complete a nine-strong shortlist for the LFE’s Goal of the Season poll, among which is another of the Republic of Ireland youth international’s goals from earlier in the season.

The youngster also won the Goal of the Month prize for January when he finished off a flowing team move by curling beautifully into the top corner from outside the box, in an away win for the youth team against Carlisle United.

Congratulations, Adam, and good luck for the Goal of the Season poll!