Preston North End’s current crop of second year scholars have learned their fate with regards to their immediate futures at the club.

Eleven players’ scholarships are set to reach a conclusion at the end of this season.

Midfielders Jack Baxter and Adam O’Reilly had both already signed professional contracts with the club earlier in the season, having been frequently involved with the first team squad over their course of their scholarships.

Baxter penned his professional deal with the club last summer, while O’Reilly agreed terms in January of this year. 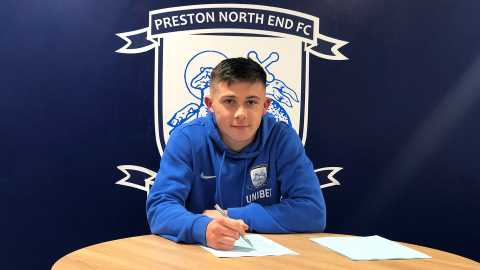 Joining Baxter and O’Reilly in the first team squad next season will be youth team defender, Jack Armer.

Armer, a Scotland youth international, will be offered a professional deal after making 25 appearances for the youth team in the 2018/19 campaign and captaining the side on a handful of occasions as well.

Both Armer and Baxter have progressed right the way through the club’s youth set-up from U9 level, with Irishman O’Reilly having joined as an U16.

Seven players from the remaining crop of second years have not been offered professional terms by the club.

Academy manager Nick Harrison wished those set to leave the club the best for the future.

“I hope they’ll look back long-term and realise that they’ve had a good time at Preston North End,” he said.

“We’ve tried to give them everything that we can and we often find that the players who leave come back in and say ‘hello’ a couple of years down the line.

“Hopefully we will see that from them and hopefully they can kick on, find another club and have a successful career, whether that’s in football or not.”

The remaining player from the second year crop, Hafizul Rahman, will remain at the club to allow him to fully recuperate from injury.

Preston North End would like to thank all those players set to leave the club for their efforts during their time at the club and wish them the very best of luck in their future careers.