Preston North End manager Alex Neil felt his side gave everything as they went top of the EFL Championship with a 1-0 win at Charlton Athletic. 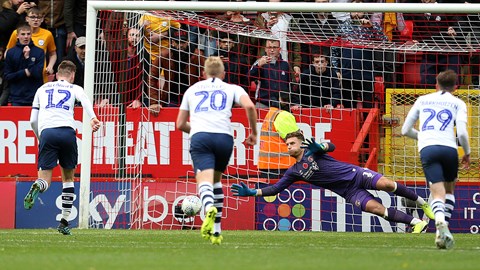 3 November 2019
The Lilywhites beat the Addicks thanks to Paul Gallagher’s second half penalty and the gaffer felt his side were fully deserving of the points.
“I thought we were the better side throughout the match,” he told iFollow PNE. “In the first half, I was a little bit frustrated at half-time and we talked about it at half-time, about not taking a couple of opportunities I thought we should have, but the one thing about this team is that they just keep going and keep churning out good performances and I thought we were well worth the win today.
“I am delighted with the lads. They never sell us short. They give us everything they have got and we are top of the league.

“I thought the fans were brilliant today, really in fine voice and it is great to send them home happy.”

After the pre-match build up was dominated by matters off the field, Alex was pleased his side just got on with their job and felt the team carried out the game plan perfectly.
“When you are involved in football - and it is a sport where everybody has an interest in it – naturally there are things that are going to crop up, but it didn’t affect us; we had a chat last night about things, there was a statement put out and as far as I am concerned we move on. It is just about doing the job.
“I thought we contained them very well. We spoke about making sure our full backs didn’t release, because they want to run in behind you as tens and they want to hunt and press the ball and we bypassed that by going long to Jayden and then playing off from there.
“I thought we got the game plan spot on. I thought the box in the middle, we knew they were going to have an extra player in the middle, but I thought the amount of times we managed to nick it and counter them was good, but we just didn’t really make best use of our chances in the first half.

“In the second half I thought we created a lot clearer chances and we got the goal.” 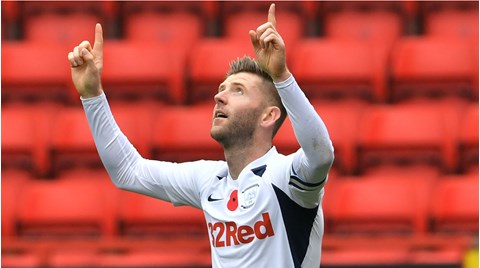 Gallagher Not Getting Carried Away

3 November 2019
The goalscorer, skipper Gallagher, replaced an injured Daniel Johnson after just half an hour and his manager was very pleased with his effect on the game.
“Gally did well. DJ was a big blow for us, because he had a particular tole today to pick up their deep lying midfield player and then get back to pick up the ten off his shoulder and he is very intelligent and has got good legs to do that.
“When Gal came on, we slightly changed it, but we all know the quality he has got. He has got the brain to sit back and control the game and dictate the tempo and I thought that was exactly what he did when he came on.
“We could have made it easier for ourselves at the end, I think Pearo gave [Tom Barkhuizen] a mouthful, as you would expect, and to be honest I would have probably have given him a mouthful if we hadn’t won the game!
“But at the end of the game we won the match and Tom is hungry to get goals. He has done great work to get to that point, great pace, really direct and it is just about getting his head up and seeing that next pass,” he added.